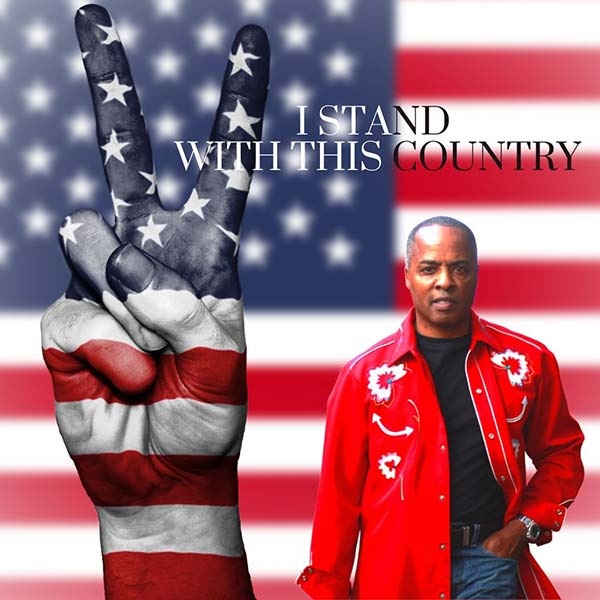 Rancho Cucamonga, California (The Hollywood Times)  02/22/2021 – “Today and tomorrow I will pray for civility to be resurrected from the shadows. I hope that love will no longer be marginalized and silenced. That it will overtake us all. I have unwavering hope that we will claim for ourselves and the lives of others peace and hope for every woman, man, and child. That we all make a commitment to eradicate hatred and we become our brother’s keeper and that we will leave a better world for our children and their children,” declares Ray.

Country music singer/songwriter Carl Ray’s latest single “I Stand With This Country” is quickly becoming a fan favorite offering hope and unity to listeners near and far. Carl Ray puts his God-given talents to good use, echoing prosperity and comfort to bring fans together with distinguished lyrics and heartfelt emotion. Each and every one of us deals with strife in various ways, but it takes that one song to come along and heal us all the same. “I Stand With This Country” is available to download and stream on all digital services now!

Visit HERE to watch the “I Stand With This Country” music video.

The Hollywood Times had the opportunity to have a conversation with Carl Ray about his latest song “I Stand With This Country.” Have a seat, grab a drink and enjoy our conversation:

“It sure was a pleasure having the opportunity to speak with Car Ray.  His new single “I Stand With This Country” truly touched my heart and brought tears to my eyes.  This is a song that every American citizen, regardless of age or race should listen to.  I recommend getting yourself a copy to share it with your family and friends.  A true and gifted songwriter.  It is the song for our Nation during these times we are facing.” The Hollywood Times, Judy Shields

Peace and solace are found in the voice of a man who has never stopped believing in people, music, and the heart of his country. Carl Ray uses his tenor appeal to express a prayer for the nation to fill itself with love, respect, and hope no matter the situation. Mentored by the late, great Johnny Nash, Carl Ray has been given crucial advice from the legendary Garth Brooks and has often been compared to the emotive Vince Gill. With all these attributes combined, Carl Ray lays it all on the table in, “I Stand With This Country.”

“This single is a clarion call to this end. God has the whole world in His hands, but we have a role to play in changing our world and it starts with changing our hearts and minds.”

Carl Ray has just the country music flair we’ve all come to love and appreciate in the tradition of great country music. This singer, song writer, likened to Vince Gill for his tenor appeal, has made a great impact on the country music scene with his incredible talent, handsome smile, dynamic personality and hypnotic voice. Ray has shared billing on the main stage of the Tulsa State Fair with Wade Hayes and Hank Thompson and Jr. Brown and performed with the Tulsa Philharmonic. Carl Ray has recorded with Johnny Nash and Brook Benton and Joined forces with Honky Tonk crooner David Ball on “Text Book Case On What Not To Do” . He has been interviewed by the Associated Press, Billboard Magazine, US News and World Report, Legacy Magazine, Green Card Magazine from Paris, France, Richmond Times Dispatch, Denver Post, The Rolling Stones Magazine and countless other print media as well as major Cyberzines.

Born and raised in Houston, Texas, Carl Ray shared major stages as a young person opening for The Spinners, BB King, Teddy Pendergrass, and Harold Melvin and The Blue Notes. As his musical interest developed and expanded, Ray began writing more of his own songs, and he was soon discovered by international reggae artist, Johnny Nash. It was Ray’s relationship with Nash that led this young prodigy and developed his love for country music. He eventually penned songs for Nash on Epic and London Records titled “You’re the One”, “We’ve Got Trouble”, “Sing World A Love Song” and “Baby You’re Mine”. Ray’s song “Baby I Believe In You” was also recorded by jazz artist Bill Summers and Summers Heat. Ray recorded two albums on his own: “I Love Country Music” and “Play That Country Music Black Boy”.

Ray has just finished his first bluegrass/gospel record and in his words “it was a labor of love.” The album, titled ‘Coming Home’, was produced by Ray and Grammy Award winner Greg Cole, who has previously worked with Vince Gill, Ricky Skaggs, Rhonda Vincent, Jeff and Sheri Easter, Daryle Singletary, and Ray Price among others. Carl Ray’s pilgrimage to bluegrass and gospel has been a long time coming and he is excited to have several notable bluegrass pickers join him such as Darrin Vincent on bass, Seth Taylor on acoustic guitar and mandolin, BJ Cherryholmes on fiddle, Josh Swift on dobro, Jesse Baker on banjo and Aaron McCune singing bass. ‘The Queen of Bluegrass’ Rhonda Vincent joins Ray on a duet performing “The Old Rugged Cross”.