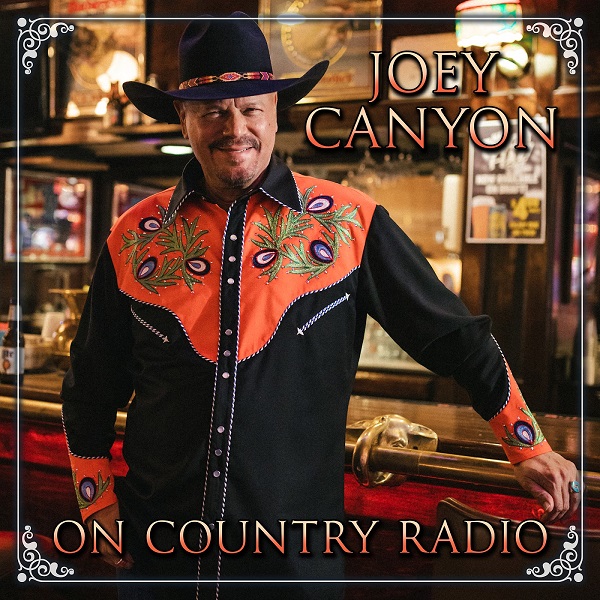 “Joey Canyon has brought back the traditional Country Music song made for Country Radio and it sure is a great one for moving your feet and clappin’ your hands”! Judy Shields, The Hollywood Times

The Hollywood Times caught up with Joey Canyon and had a conversation about his latest hit “On Country Radio”, The Joey Canyon Show and Canyon Star TV.  I look forward to covering all things new about Canyon Star Network. 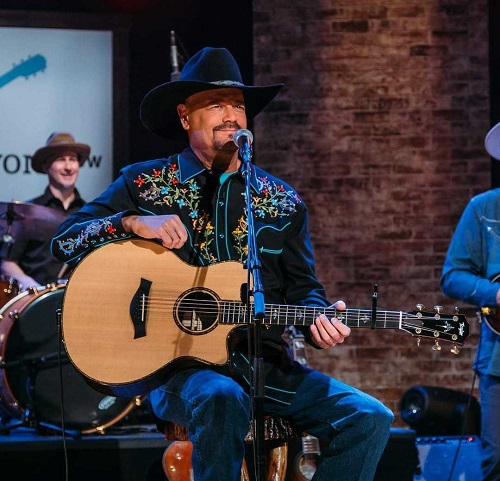 JOEY CANYON Visionary media entrepreneur Joey Canyon is the founder and CEO of Canyon Star TV as well as an award-winning country music singer-songwriter, recording artist, performer, and producer. Originally from the Southwest, he spent most of his life in Colorado before moving to Nashville, where he’s building a new wholesome family media network focused on Americana and country lifestyles. Canyon is known for his genuine, down-to-earth nature and expansive creative vision. After developing expertise in a range of production roles throughout the 80s and 90s, Canyon started his own production services company, working on national commercials, documentaries, TV series, and with NFL Films for eight years. He later conceived, produced, and hosted The Joey Canyon Show, a dynamic, critically-acclaimed country music variety show featuring the best names in traditional country music. Canyon’s reputation as a top-tier creator of outstanding, wholesome family entertainment is well-earned: He’s a unique leader guided by a wealth of experience and strengthened by his faith. “I was educated by life’s ups and downs,” he says. “The key is to trust in the Lord and never give up.” Canyon launches his global media network, CSTV, in March 2022.

Canyon began his professional music career in 1976, a self-taught singer-songwriter with a passion for the classic country music he grew up on. By the early 90s, his songs were featured in numerous NFL compilation videos alongside iconic acts like Hank Williams Jr, George Strait, Lorrie Morgan, Alan Jackson, Travis Tritt, Reba McEntire, Clint Black, and Wynonna Judd. Canyon has performed at world-famous venues (Palomino Club in North Hollywood, Mile High Stadium, Coors Field), and contributed a number of original tracks to national TV series and commercials. Recorded primarily in Nashville and Denver, Canyon’s songs are filled with natural candor and relatable, autobiographical lyrics. His rich, resonant vocals and laid-back stage persona have earned him comparisons to Randy Travis, George Strait, and Alan Jackson. “Authenticity speaks to a wide range of listeners,” he says. “When I stopped jumping through hoops for record labels and started singing and writing for me, I found my style. And found success.” Canyon released his debut album, Canyon Country, in 2012, created with award-winning bassist and producer Curtis Stone of Highway 101, followed by his sophomore album, The Rhythm of Livin, in 2015, racking up seven number-one hits along the way.

In 2016 Canyon was named “Best New Country Artist” and “Crossover Artist of the Year” by leading industry magazine New Music Weekly as well as “Favorite Male Country Artist” by National Radio Hits. That same year, he debuted The Joey Canyon Show to a nationwide audience on the RFD-TV network and Colorado’s Comcast Entertainment Television. Set “where the music meets the mountains,” the captivating country music variety show, executive-produced and hosted by Canyon, features compelling interviews, a wide range of special guests, and top-quality performances by A-list country artists. In 2019, Canyon was awarded “Entertainer of the Year” by the Independent Music Network, and in 2021, he was inducted into the prestigious Colorado Country Music Hall of Fame.

With the March 2022 launch of his global internet television network Canyon Star TV (CSTV), Canyon offers the world a wholesome, family-friendly media brand celebrating country and Americana music as well as a full spectrum of distinctive original content. Like other internet-based TV networks (Netflix, Hulu, Amazon Video), CSN subscribers can use any internet device to access a broad range of programming anytime, anywhere– all related to or inspired by country and Americana music. From popular western movies and classic TV shows to shopping, travel, sports, food, and history programs to live performances by some of the best country music artists around, CSTV offers something for everyone in the family. As CEO, Canyon creates and produces many of the network’s shows, handling everything from concept development to performance and business administration. He sees the project as a crowning achievement of his career thus far, bringing together his love for all aspects of the entertainment industry and offering viewers something new, exciting, and enriching. “Our viewers have a heartfelt passion for the Country Americana lifestyle in its purest form,” says Canyon. “And that’s what we deliver.”