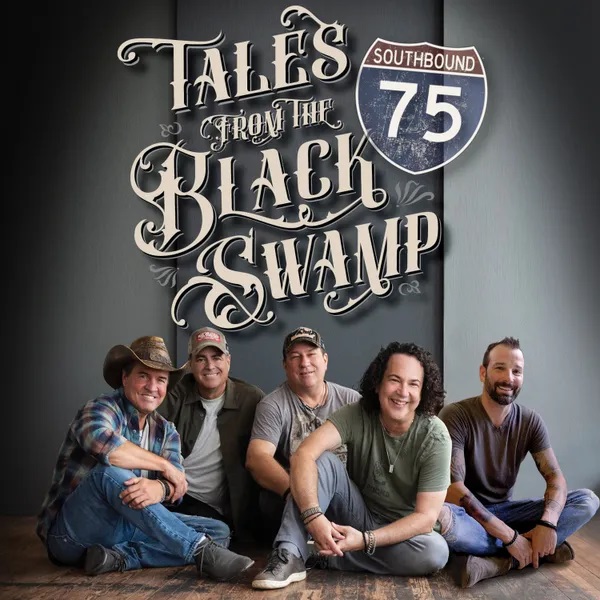 Los Angeles, California (The Hollywood Times) 04/07/2022 – “We have been lucky to have been performing as a band during the pandemic here in Florida and look forward to performing our songs from our latest album ‘Tales From The Black Swamp.'” Mark Lorenzo told The Hollywood Times during a phone conversation.

The band’s first single “Spilled Champagne” was featured on CMT’s “The Roundup” playlist on Spotify that includes the week’s biggest releases. It has already received airplay on 50 US Music Row/Indicator/Non-Reporter Stations. 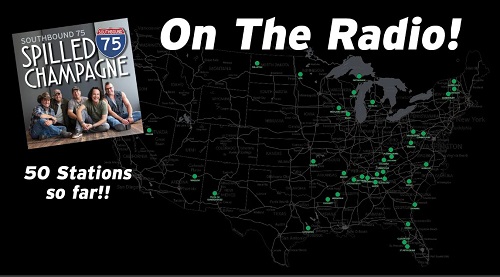 The video for “Spilled Champagne” was added to CMT.com

Put on those favorite earbuds or headphones and enjoy our conversation about the songs of Southbound 75’s new album, “Tales From The Black Swamp”:

Our very own Florida reporter Patty McCall has put together a benefit for her organization P.A.I.N. (Prevention Awareness in Neighborhoods) and Southbound 75 will be performing this Sunday, April 10 at Salty Shamrock in Apollo Beach, Florida. 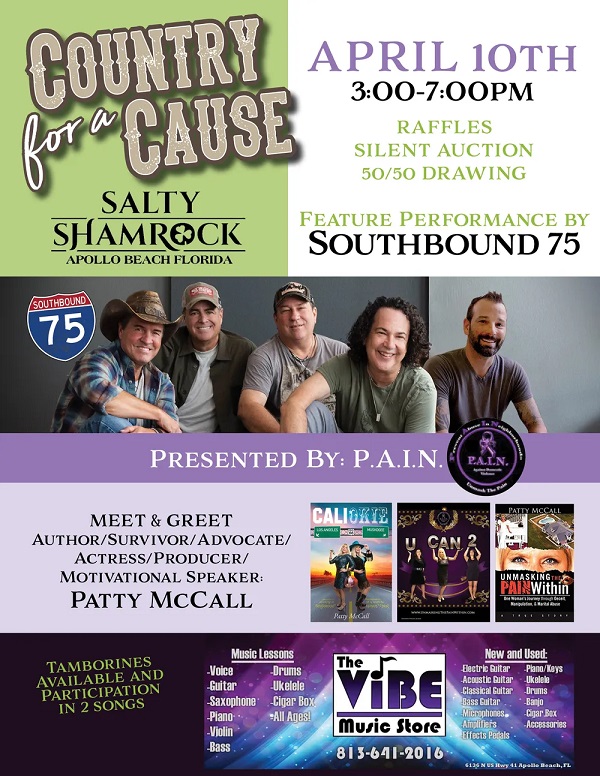 In a rare meeting backstage at Cincinnati’s Music Hall, music legend Prince asked Southbound 75 singer-songwriter, Mark Lorenzo, “Do you believe the cream will rise to the top?…” After responding that he did, Prince continued, “…Then you have nothing to worry about.” Southbound 75’s story started when Radio Promotion legend, Bill Scull heard writer Mark Lorenzo’s song, “Little Breakdown” at an ASCAP demo review session. Scull, who has worked in the industry for years including with Clive Davis, singled him out, signed Mark to his label, and sent him out to record his label’s first CD.

“The thing I learned from Clive Davis is that the song is king…and Mark Lorenzo has those songs,” Scull said.

Lorenzo’s talent also caught the attention of publisher Jan Seedman (who discovered Nickelback for RoadRunner Records and had a hand in finding other acts like Stone Temple Pilots and Filter), “Mark knows how to come up with a melody… the songs just don’t get tired – ever.”

Southbound75 played their first show in December of 2018 and have already started making a name for themselves. They have already played from Ohio to Key West, been invited to play the Suwannee River Music Festival and played multiple shows every day at the Florida State Fair in February. The band has played almost every weekend since August 2020 and that includes an opening slot for legendary band Blackfoot.

Southbound 75 has accomplished an extraordinary amount of success in their short time as a band, even through the Covid year of 2020. Though most of the country was shut down during Covid, Southbound75 thrived, expanding their base throughout Florida and the Southeast, with show commitments extending well into 2022.

The band is managed by Dewayne Brown of Brown Lee Entertainment in Franklin, TN and is working with a number of top booking agents in the business.

Southbound 75 has appeared on Television in Nashville, on Today in Nashville and been interviewed by The Hollywood Times.

The band is made up of great musicians including Justin Pietrowski on Lead Guitar. Justin is an American Blues Foundation Hall of Fame inducted guitarist whose awards include, Independent Artist of the Year, Album of the Year and Single of the Year.  As well as Kevin Doris on Guitar/Banjitar, Vance Eskesen on Bass and Gregg Giacobbe on Drums.