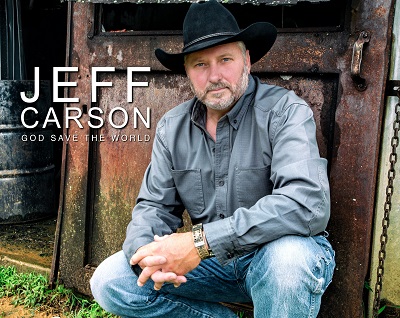 Country music hitmaker Jeff Carson and MCC/Curb Records take us back in time with the re-release of the 2003 duet with Lisa Brokop titled, “God Save The World.” The nearly 20-year-old inspiring song takes center stage as a single once again, proving its timeless lyrics are just as powerful today as they ever were. “God Save The World” recently earned its well-deserved spot as MC1 Nashville’s top 35 Music Row single. That release drew the attention of Mike Curb to rekindle a new partnership with Carson, re-releasing the original recording with Brokop.

“Songs come and go, but Jeff Carson & Lisa Brokop’s “God Save The World” is here to stay and there is not a better time for it to come back around. These are some power words in this song: GOD SAVE OUR HOMES; GOD SAVE THIS EARTH; LET EACH AND EVERY ONE OF US; SEE WHAT PRAYER IS WORTH.” Let’s keep on praying! Judy Shields, The Hollywood Times

Igniting hope for the future, while offering comfort in the present with an assurance that things are getting better, this track relates to every listener from start to finish. “God Save The World” is available to stream and download on all digital platforms now!

This single is more relevant now than ever, igniting hope for the future in a world longing for change.

“I was excited about the opportunity of recording this song. I have always loved ballads with meaningful lyrics, and this song, I believe, expresses the feelings of so many people in these trying times we’re all living in,” shares Carson.

The former number one record holder leads a life of giving evident throughout his country music career, which Carson gave up to serve his local community as a police officer in Franklin, Tennessee after the tragedy of 9/11. The heartfelt lyrics are a reflection of Carson’s compassionate nature in times of conflict and confusion. Carson, paired with the re-release of “God Save the World” provides lasting peace of mind and desired salvation to listeners all around the globe. 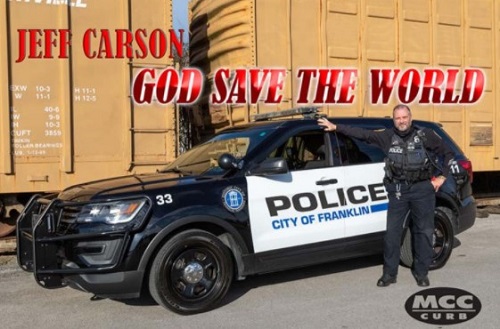 “Without a doubt, this song is more relatable to today’s society than when I cut it years ago,” admits Carson. “This year has been bad and I think people will appreciate its message. It just felt like the right time to re-record it.”

Stream/Buy “God Save The Word” at smarturl.it/y9i5s7

“God Save The World” Video Premiered with NewsMax  https://youtu.be/X9LM5VRNxYw

Jeff Carson is a 13 year Law Enforcement Officer who is also an ACM Award Winner for “Video Of The Year” for his classic hit “The Car.” He has also had a #1 hit with “Not On Your Love.”

For more information and to stay up to date on everything Jeff Carson visit HERE and follow his social Channels linked below. 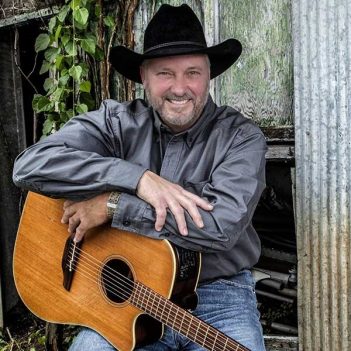 Jeff Carson has come full circle with careers that have allowed him to do the two things that he loves – music and police work. While singing demos on songs that turned into hits for Tracy Byrd (“Walkin’ To Jerusalem”), Tracy Lawrence (“I See it Now”), Reba McEntire (“The Heart Is A Lonely Hunter”), and Tim McGraw (“I Wouldn’t Want It Any Other Way”), Faith Hill (“It Matters To Me”).” Singing demos turned into a lucky decision for Carson when he met record producer and publisher Chuck Howard, who cut three or four songs on him that were good enough to pitch to labels. Howard was instrumental in getting him his label deal at Curb Records, and soon a single, “Yeah Buddy,” released to radio. This was his first charting single and was followed up with ‘Not On Your Love,’ which went number one. The following single, ‘The Car,’ became a top-five hit, topping out at number two. Carson had several other singles, including “Real Life (Was Never The Same Again)” from his album “Real Life.” An album release party was planned for “Real Life” on September 11, 2001. That morning terrorists hijacked two planes to attack the Twin Towers in New York City and one that attacked the Pentagon in Washington, D.C. A fourth plane was hijacked from the terrorists and crashed in Shanksville, Pennsylvania. The song made it into the Top 20 but it all changed when Carson decided to switch from music to law enforcement.

Lisa Brokop was born in Surrey, Canada, and now lives in Nashville. Active in the country music field since the late 90s, Lisa has released a total of seven studio albums and has charted more than twenty singles on the country music charts in her native Canada. Also, as a Capitol Records artist in the 90s, Lisa charted six songs on the U.S. charts.

Celebrating 57 years in business, Curb Records is one of the world’s leading independent music companies. Owned and operated by Mike Curb since 1964, Curb Records has achieved 435 number one records, over 1,500 Top Ten records, and charted over 4,500 total records. With over a half-century in operation, Curb Records has been influential in the careers of some of the biggest names in music, including Tim McGraw, Hank Williams, Jr., Rodney Atkins, Lee Brice, LeAnn Rimes, The Judds, Dylan Scott, Sawyer Brown, Wynonna, Lyle Lovett, Jo Dee Messina, Hal Ketchum, and Desert Rose Band, among many others. Today’s roster includes some of the top names across multiple genres of music. For more information, visit www.curb.com.