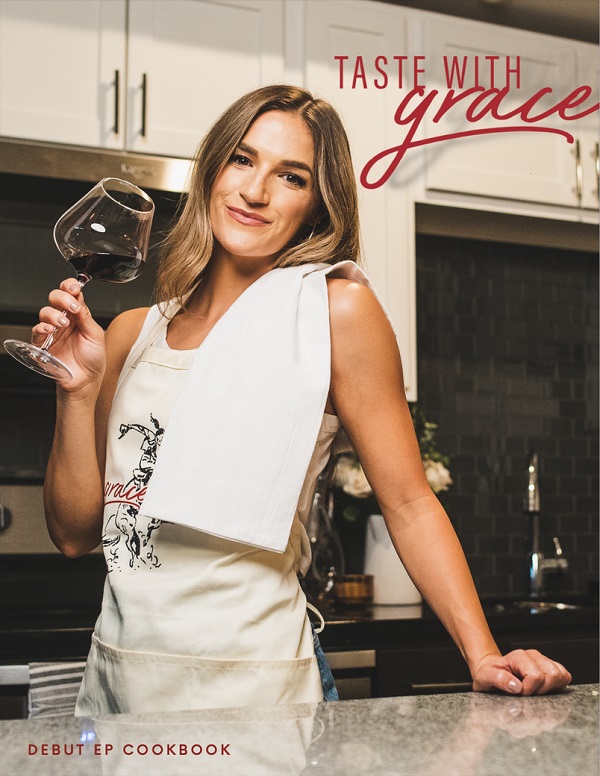 COOKING VIDEO FOR “THE ONE” RECIPE LIVE NOW; OTHERS COMING SOON

Nashville, TN (Oct., 2022) – Country singer/songwriter and self-proclaimed foodie Grace Leer—who started cooking live on Instagram during quarantine—is sharing her love of two things that go great together: authentic country music and down-home cookin’.  On the heels of a big show in New York with Jimmie Allen over the weekend, Leer released her first “Taste With Grace” digital cookbook today as a companion piece to her self-titled debut EP, joining fellow country stars Martina McBride, Trisha Yearwood and Kimberly Schlapman in the cooking world.

“Just like being on the stage, being in the kitchen is my happy place,” says Leer.  “When I’m writing songs, I feel creative and joyful and I feel the same when trying new recipes. I couldn’t be more excited to have my first cookbook of what I’m sure will be many and can’t wait to hear the response from the fans.”

The Hollywood Times had the opportunity to talk with Grace Leer about her new Taste with Grace digital cookbook and her new EP with seven wonderful songs and delicious looking recipes to go with the songs.  Add her to your playlist, these are seven great songs that you will be putting on repeat!

Leer will also take fans in the kitchen as she cooks each of the recipe.  Leer dropped the cooking video for “The One” here.

For her debut EP cookbook, Leer curated recipes to correspond with each song.  In her own words, Leer explains the inspiration behind each of the songs and recipes. 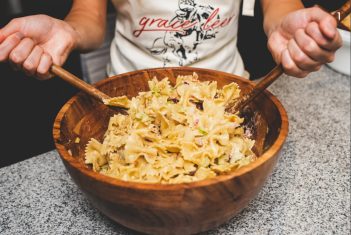 “Brought A Girl” is a true story written with my friends Joybeth Taylor and Sam Ellis. The tongue-in-cheek song came about due to a really sad moment where I invited my “crush” to a small party and he brought a girl. I was devastated but loved writing a fun song about a hard time. Mamma’s Curry Chicken Pasta was the perfect recipe for this song because it is actually the pasta salad I brought to that party! This is a dish my Mom made for us growing up and was always her go-to salad for parties and cookouts. It’s got a kick of curry and the crunchiness of celery and onion in every bite and will have people going back for seconds. 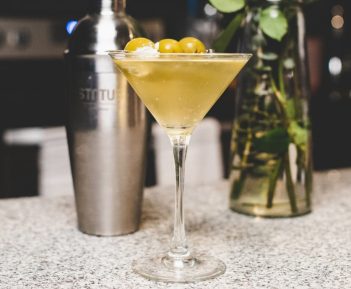 “The One,” written by Mike Walker, Joey Hyde and Shelby Darrall, is a song I immediately fell in love with the first time I heard it. A filthy martini is one of my favorite cocktails to take the edge off. This is the perfect recipe for this song because if I found out my ex was marrying someone else, I would definitely need a stiff drink! This martini has extra olive juice for my olive lovers and hand-stuffed blue cheese olives, which are just delicious. 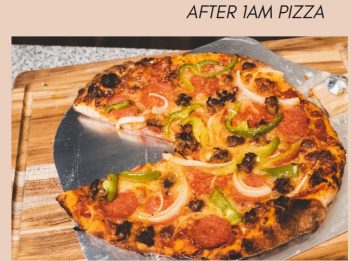 When choosing the recipe for “After 1,” I wanted to share something that is my late night go-to meal after 1am…PIZZA! Pizza is probably my favorite food; my sister and I started making homemade pizzas about 8 years ago, and since then I’ve perfected it. It’s easier than people think—a quick garlic butter for the crust, add all the toppings, throw it in the oven for 10 min and enjoy for a date night or late-night bite! 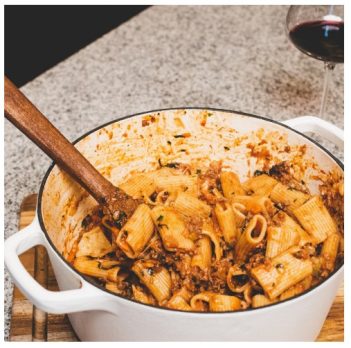 “Meant To Be” was written after I got ghosted by a guy. The whole weekend after he ghosted me, I stayed in my apartment, talked to my friends about it—trying to make sense of it all—and drank a LOT of red wine…. So, I wanted to bring a recipe to this song that felt like comfort. One of my favorite things to do for comfort is make a delicious pasta that goes well with red wine and curl up on the couch and watch a feel-good movie. This Bolognese soothes my soul, and I wanted to bring that warm, comforting dish to others who need healing from a heartbreak! 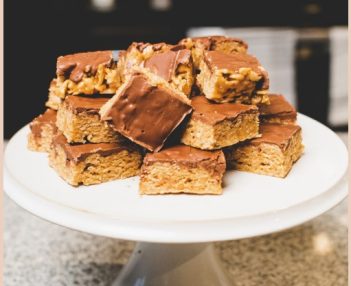 I didn’t write “Ones Before Me,” but it was the first song I cut after getting off Idol, and I love it so much! I’m beyond thankful for those who came before me to pave the way—in the music business but also in life.

My grandma Bonnie was one of those people for me. She was a baker and comes from a line of bakers, so my whole life there were always sweet treats. She lived in Minnesota and would ship boxes of baked goods to my siblings and me in California every year. It was always a joy to see the box from Grandma Bonnie! These special K bars are my favorite of hers; the butterscotch and chocolate paired with the chewy peanut butter base melts in your mouth. It warms my heart to keep her spirit and her recipes alive. 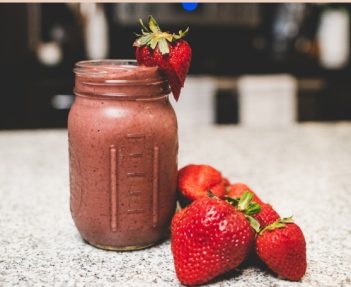 People who know me know that I am pretty active and love exercise. I played soccer most of my earlier life, so health and fitness is important to me. Right now, running is my main form of exercise, so I thought I would pair the song “A Thousand Miles from Nowhere” with a refreshing drink I usually have after getting those miles in. This smoothie is easy, filling and so delicious!

7 – “Nothing With You” – Bierock Casserole

My friend Logan Mize asked me to join him on this song earlier this year, and I knew I had to include it on the EP. I was also fortunate to go on my very first tour, opening for him in spring of 2022. 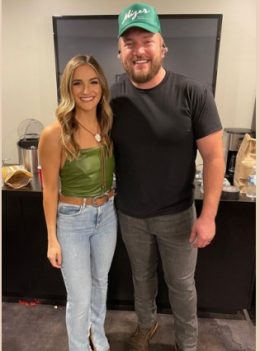 So, it just made sense to have Logan contribute his own recipe, and it’s one of the funniest in the cookbook for sure! He texted me one night and said his kids loved this casserole—I was cracking up reading the way he wrote it out, so it felt right to put it in the cookbook in his own words!

This California native began singing at the age of 6. Instead of skipping college, Leer followed her athletic passion by playing D1 soccer at the University of California, Berkeley. She made the move to Nashville four years ago and appeared in the Top 10 on Season 18 of ABC’s American Idol. Since then, Leer has secured a record deal via 19 Recordings, Inc. and has spent the last year writing and recording music for her self-titled debut EP, available now. The first single off the EP, “Brought A Girl,” was released on Feb. 25. Shortly after its release, gold record holder and Kansas native Logan Mize asked her to join him on his latest single, “Nothing with You,” released April 8, and serve as the direct support act on his spring 2022 It’s About Time tour. Leer has since released two odes to the country greats, “Ones Before Me” and “After 1.” For more information, visit www.graceleer.com and @graceleermusic on socials.