Rancho Cucamonga, California (The Hollywood Times) 03/24/2021 – “I had to have a daytime job while I was trying to make it as a songwriter in Nashville, so I became a high rise welder.” David Tucker told The Hollywood Times during a telephone conversation.

I have had the good fortune to interview several songwriters and have enjoyed all my interviews.  Especially having the opportunity to listen to new music.  I am really glad that I had the opportunity to interview David Tucker and listen to his first single.  I believe that there are many of us out there that can relate to his new single “Lyin'”, I know I can. It’s a relationship I am currently in. Just give the song a deep listen to hear the words.  I told David that he sounds just like David Tucker.  He has his own sound and gifted voice that will take him on a long road in country music.  We need a voice like David Tucker in Country Music today.  Judy Shields, The Hollywood Times 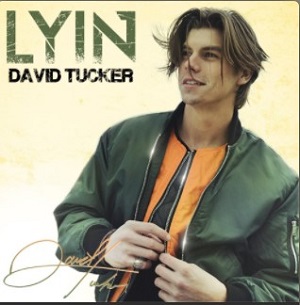 David Tucker is preparing to release his first single “Lyin’” on March 26. Tucker draws on the emotional feeling of a love worth all the good and the bad. In the song, Tucker’s lyrics communicate that while his partner might be acting shady, he will try to believe that they are only giving him honesty because it is a love that is worth it. The pop drums and explosive guitar convey the passion that Tucker has for his partner and the willingness to accept them entirely as long at the end of the day this person is lying next to him. Tucker’s career is just beginning and will be at the top of the charts in no time.

As the city of Nashville has grown, David Tucker’s boots have been on the ground in more ways than one. By day he’s worked as a welder, building the new skyscrapers that define the skyline; by night he’s been writing, performing in town and honing his craft. He has diversified his skills, rounding himself out as an all-around musician by writing, singing, and playing guitar, bass, drums and piano, amongst others, while also applying his artist’s ear by co-writing and producing projects for others. David grew up in Augusta, Kentucky, where his love for music was cultivated by singing in his fathers church. After building a following in his home state, the momentum of his music led him to Nashville, where he’s since paid his dues performing in venues from local hotspots to CMA stages. In a time when live music has been put on hold, David has been crafting a new musical vision for himself, grounded in his Kentucky roots and upbringing. His new songs shine a light on country music as a truth-telling force. His sound and the impression he makes are both relatable and memorable for his fans. Experiencing David’s music, you’ll hear love, heartache, records spinning and candles burning. His songs share real truths from his own life and those of his collaborators on their journeys through love, music, Nashville and more. David faces his challenges and determination for a music career head-on, with an affirmative attitude grounded in faith and service to others. From helping neighbors in need, to funding cancer research through his board membership of Scott Hamilton’s CARES Foundation, giving back to his community is a priority. David’s debut project, to be released throughout 2021, follows the experiences and insights of his life’s journey through the past few years, wrapped in his own modern country sound. Drawing from influences from 90’s country and gospel, to rap to rock & roll, his diverse background makes this his most authentic music yet.