Rancho Cucamonga, California (The Hollywood Times) 04/26/2021 “My Children’s book will be a series with many characters to come.” Actress Cheryl Chase, a critically acclaimed, award-winning voice actress most recognized as sassy toddler Angelica Pickles in the classic children’s cartoon series Rugrats, told The Hollywood Times.

Her new children’s book is dedicated to her late mother, Stella Hudock.

Enjoy our conversation about her new book, with more to come and the 3D Rugrats series coming to Paramount+ this summer.

What an amazing story of Stella Bella having to stay inside due to the weather.  But not to worry, because Stella Bella has a great friend Tallulah to keep her busy inside.  This new children’s book is beautifully illustrated by Giulia Iacopini. The colors and inspirational drawings she uses throughout will definitely capture your child’s imagination as the pages are turned as you read to them or they read to you. This book will make a great gift for all baby showers, a child’s birthday or for any occasion.  As books are amazing gifts to give to children. My two-year old grandson, just loved turning the pages and pointing to the characters and looking up at me with a big smile.  He even took it to his daycare class to share it.  Judy Shields, The Hollywood Times 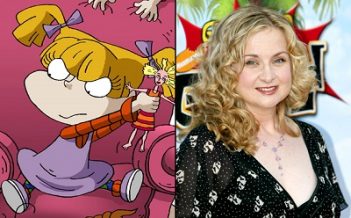 Inspired by Angelica Pickles’ friendship with her lively doll Cynthia, this book helps unleash a child’s imagination and unbreakable bond between their favorite lovey.
Young Stella Bella and her lively doll, Tallulah, have a magical friendship that bonds them together at the heart, even though Tallulah is always causing mischief. Stella Bella is always up for Tallulah’s adventures, but during their shenanigans, the small voice in her head leads her to do the right thing. One day, while Stella Bella and Tallulah are having teatime, Mommy’s cookie jar gets broken. When Mommy finds out and separates them, Tallulah realizes she’s gotten her best friend in trouble, and worries she and Stella Bella will no longer be able to have play time. Will Tallulah be able to get her best friend back, or will she be stuck on the toy shelf for good?

While children will learn the importance of listening to rules alongside Tallulah through Stella Bella’s moral compass and Giulia Iacopini’s whimsical illustrations, parents will see Stella Bella and Tallulah’s friendship as a tool of encouragement for their children to embrace their imagination and create a world of endless possibilities. Younger parents will also feel the connection through Chase, who gave voice to a character they watched during their childhood, as a they now share her story with their own little “Rugrats.”

Here is a great YouTube Video about That’s Coola, Tallulah!

“Children’s picture books are a work of art from the imaginative text to the enchanting illustrations,” says Chase. “That’s Coola, Tallulah! allows kids to unleash the magical adventures in their imagination, and there’s no telling what they can do within the walls of a playroom.” 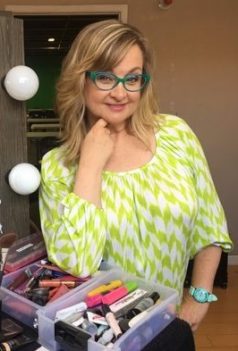 Cheryl was born in a small, modest town Manville, New Jersey. Her loving parents were Emil and Stella Hudock. Emil was a handsome, lively trombone player in a popular swing orchestra while Stella was a beautiful, young, junior model that appeared in the very first issue of SEVENTEEN Magazine. They were very supportive of their only child’s hopes and dreams.

As a young child, Cheryl loved playing with dolls and
making people laugh. She loved mimicking different voices and putting on shows with her costumes from her dance classes. 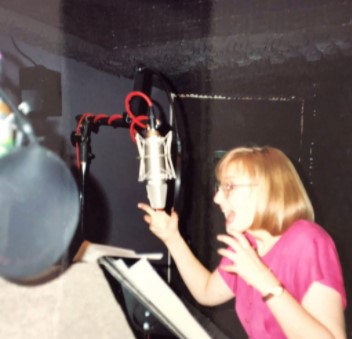 Cheryl pursued acting in college at Brigham Young University and later in NYC at the Lee Strasburg Institute. Moving to Los Angeles, she decided to focus on a voice over career. She always had a unique young sounding voice. Cheryl has a wide vocal range allowing her to create little girls to little old ladies.

Being perseverant with many random voice jobs with the various animation studios in Hollywood, Cheryl managed to work her way up to become an award winning voice actress on the globally popular animated show Rugrats. 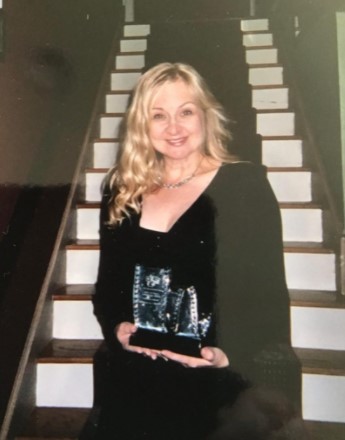 In 2006 she received a WIN Award for Best Comedic Actress In An Animated Show. The Women’s Image Network promotes dimensional female media images and applaud film and television that advances the value of women and girls.

Cheryl cherishes the fact of being a part of such a celebrated global cartoon franchise. She regards being Angelica as a privilege and golden opportunity to give joy to the children and families of the world.

The cartoon show allowed Cheryl many exciting experiences such as Rugrats getting a star on the Hollywood Walk Of Fame, her character, Angelica being a guest on The Rosie O’Donnell Show, attending Rugrats movie premieres and even a Rugrats Live Stage Show.

She has collected tons of Rugrats merchandise that she would donate to young cancer patients in the hospital with a charity she was involved with called Famous Fone Friends.

Enjoying the notoriety of being on such a celebrated Nickelodeon animated show, Cheryl had other aspirations. She always wanted to write a children’s picture book. During high school, she excelled at creative writing and in college Cheryl started writing in journals. Lots of them!

Cheryl’s favorite children’s picture book is Polar The Titanic Bear by Daisy Corning Stone Spedden. This captivating story is told through the eyes of a young boy’s toy bear. It describes an American family’s travels in the Edwardian Era, culminating with their voyage on the famous Titanic.

Having the story told through the toy bear’s perspective inspired Cheryl to write her debut children’s picture book with this same approach. Cheryl’s book is entitled That’s Coola, Tallulah!. It’s a love story about the true friendship between Stella Bella and her favorite doll, Tallulah and the magical relationship that bonds them together at the heart. The story is told through the eyes of Tallulah.

Stella Bella and her lively doll, Tallulah are inseparable playmates that get into all sorts of mischief. The instigator is, of course, Tallulah. Stella Bella is always up for adventure and goes along with her fun loving doll’s desires. In the middle of the pair’s shenanigans, though, Stella Bella’s conscience always leads her the right way until its tea time and the cookie jar gets broken. When Mommy discovers the mess, uh oh, the two are separated. Will they ever be able to play together again? 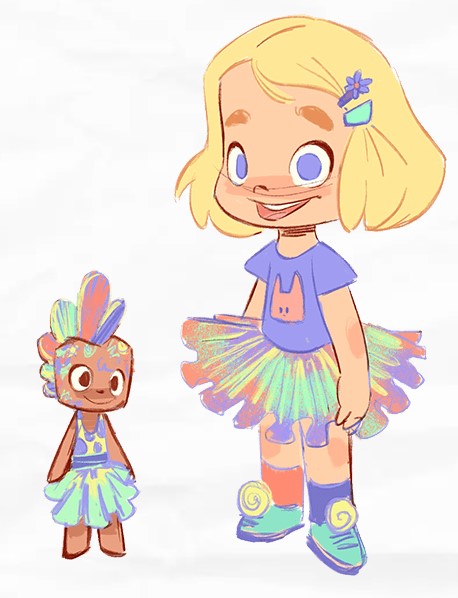 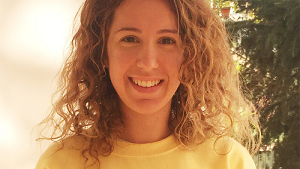 Giulia Iacopini is an Italian illustrator currently living in Ireland where she is working as a background painter for a children’s animated series. She loves colors and being able to tell stories through her drawings.

In her free time, Giulia loves to practice sports (almost any kind, but especially kickboxing!), reading, watching musicals, and travel all over the world. She loves animals and, most of all, her black Lab, Napoleone. To learn more about Giulia’s work you can visit her website https://www.giuliaiacopini.net