The original Hulu series will star Zoe Boyle, Nathalie Emmanuel, Guz Khan, Sophia La Porta, Harish Patel, Nikesh Patel, John Reynolds, Rebecca Rittenhouse and Brandon Mychal Smith. Nathalie Emmanuel is one of the standout stars as she is fresh off of playing the beloved Missandei in HBO’s “Game of Thrones”.

Maya, played by Emmanuel, lives in New York City while three of her close college friends have moved to London. We quickly learn that Maya has a married boyfriend—who happens to also be her boss—and is preparing to meet her college friends Ainsley, Craig, & Duffy in London for Ainsley’s birthday. Upon landing in London, Maya meets a dark & handsome stranger named Kash, played by Nikesh Patel, at the airport.

The four American friends reunite again a year later for a London wedding. The end of the first episode leaves the audience anticipating more after an altar-inspired cliffhanger. The friends must now traverse through a tangled web of fragile relationships, unrequited love, political scandals, and forbidden affairs. And, of course, you can’t forget the four weddings and a funeral.

The new series adaptation is co-written and co-executive produced by actress Mindy Kaling who sat on a panel hosted by the Television Critics Association this past week at the Beverly Hilton Hotel in Los Angeles, CA. Kaling was asked numerous questions about her involvement in the creation of the series including why she chose to help revive such a beloved 90s classic.

Many online reviews are already tearing down the revival noting that it pales in comparison to its 1994 predecessor. However, the series never takes itself seriously and the viewer shouldn’t either.

While there seem to be a lot of moving pieces to the plot(s), it remained lighthearted, cute, and surprisingly entertaining. It’s a must watch for fans of cheesy love stories.

The series is produced by MGM Television and Universal Television, with MGM serving as the lead studio. 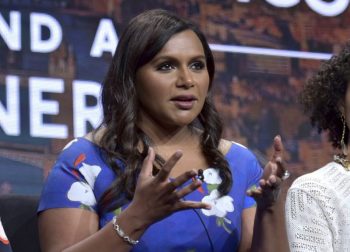 The premiere of “Four Weddings and a Funeral” will be available for streaming on Hulu aired last night Wednesday, July 31st and new episodes will post weekly.