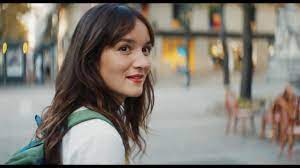 Los Angeles, CA (The Hollywood Times) 4/3/22 – Anais In Love? Is an intimate, fun, and romantic adventure by filmmaker and actress Charline Bourgeois-Tacquet & Magnolia Pictures. This classical tale of love & passion puts us in the perspective of Anais, an energetic, exuberant, and fire-bright young woman bulldozing through a life that can’t keep up with her. Until, she is caught in the crossfires of a sudden illness in the family, as well as a soul-stretching love triangle so flammable it could burst at any given moment.

Right from the start, I had said to myself “I don’t think any other film has ever made me smile within the first 5 seconds of watching it”. It does not fail to intoxicate you with Anais’ (Played by Anais Demoustier) unbreakable charm and enthusiasm, empathetically drawing you in with a second-person storytelling perspective almost immediately. It feels at every given moment we are experiencing her life at the same time she is, and makes you connect with her on a deep level that fools you to think you’re really sharing this cinematic experience with the star of the film itself. 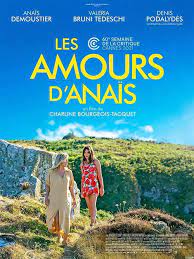 In the modern days of big-budget blockbusters, Anais In Love still proves that the pen (when equipped by passion and creativity) can be mightier than the dollar sign. That when you’re writing from the heart, and making something passionate, you create something that a price tag could never estimate.

If you are familiar with the film Call Me By Your Name (Starring Timothee Chalamet & Armie Hammer) You’ll think that you picked up this film in the same section. Both movies are incredibly different and respectively share separate identities of their own, but they do have a common denominator. Love, Passion, and the intimate demonstration of its nature in its emotionally honest and unfiltered entirety. From the beauties of sexuality, to the uplifting representation of freethinking .

This film feels like a real “passion-play”. Like material you’d probably only get to experience on Broadway, or even by getting a front row seat in a Shakespearian play.

The soundtrack represents the soul of the film perfectly, from the likes of up-beat Jazz Piano improvisations to a stellar chamber orchestra, it provides the story with a feel-good texture while sneaking in its primal focus of heartfelt elements intertwined with sincerity.

Whether you’re a Film nerd, a rom-com lover, or even a writer, you can greatly benefit from exposing yourself to what Anais In Love has to offer. From its execution, the near brilliant writing that guides it, It can make you laugh & maybe even swell a tear or two. 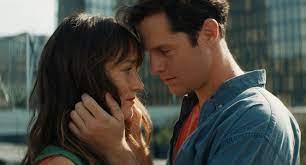 But in the end, Anais In Love is a rooted and classical tale embracing the beautiful nature of the human condition in all her entirety, as well as an uplifting theatrical experience that lets you take a bit of Anais’ fierce desire to live as big as possible home with you.

The film will open April 29 in theaters and will be available on-demand May 6.