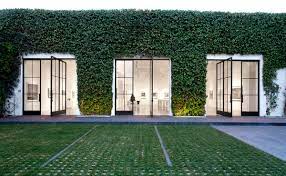 New York – Marc Glimcher, CEO and President of Pace Gallery, together with Bill Griffin and Maggie Kayne, Founders and Partners of Kayne Griffin, today announced the union of their galleries to create a Los Angeles home for Pace, under the stewardship of Griffin and Kayne. 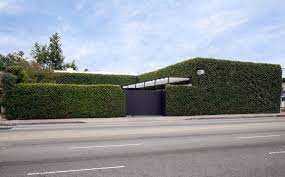 Pace and Kayne Griffin, which has operated in Southern California for over a decade, have a strong history of collaboration. Over the past five years, the two galleries have developed an  unprecedented working partnership, after James Turrell first brought them together, sensing a natural synergy. Pace and Kayne Griffin are both champions of key artists from the Southern California Light and Space movement and its continued legacy in the work of emerging contemporary artists; they already share representation of artists including Mary Corse, Robert Irwin, and James Turrell. In 2020, the galleries mounted a joint presentation of Turrell’s work at Frieze Los Angeles and have collaborated on several other projects, including the group show “At the Edge of Things,” with Jo Baer, Mary Corse, and Agnes Martin in 2019, and most recently a Louise Nevelson exhibition at Kayne Griffin.

This new partnership between Pace and Kayne Griffin provides expanded opportunities to combine the galleries’ distinct areas of strength in an innovative model to best serve their artists and the Los Angeles community. Kayne Griffin’s established reputation and integral position within the local arts scene will bring new audiences to Pace’s artists and programming. The union with Pace will enable Griffin and Kayne to extend their vision on a global scale, creating possibilities for artists throughout Pace’s international gallery locations and diverse programming channels,
including Pace Live and Pace Verso, the gallery’s hub for web3 activity. 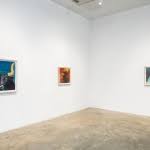 In April 2022, Kayne Griffin’s gallery on S. La Brea Ave, which features key elements designed by James Turrell, will become Pace’s new west coast flagship. The 15,000-square-foot Los Angeles gallery space, which occupies the site of a 1940s Californian auto showroom, features a permanent Skyspace by Turrell unique to the city. The indooroutdoor design and expansive courtyard will become a site for Pace Live public programming, as well as outdoor sculpture exhibitions and other events, cementing the space as a fixture in the local art scene.

As Managing Partners at Pace, Griffin and Kayne will have active roles on the global leadership team, with Griffin involved in client relationships and strategic development, and Kayne lending her expertise to artist support and new business development. With a combined 40 years of experience on the West Coast, Griffin and Kayne will support Pace’s efforts to provide opportunities for its artists in that region. The existing Kayne Griffin staff, including Griffin and Kayne, will officially join the Pace team starting in April.

Marc Glimcher says:
“Los Angeles has always been magnet for artists, and its position as a center for world-class contemporary art has been growing stronger. As we considered how we could most thoughtfully become part of the city’s cultural offer, our path became clear: For the past five years Maggie and Bill have been our de facto partners in LA, working together on Pace Partners with Kayne Griffin to Open West Coast Flagship in Los Angeles in April 2022
The gallery on S. La Brea Avenue so many spectacular projects with Mary Corse, James Turrell, and Bob Irwin, among others. After some serious conversations, we decided to make that partnership official. Besides running our Los Angeles operation, Maggie and Bill will be an integral part of our global team as we continue to reimagine and reinvent Pace for the future.”

Bill Griffin says:
“We have been partners with Pace for a long time. Our  relationship with the gallery is unmatched and together we
have created success upon success for the artists we have co-supported. We operate out of a strong mutual respect and our new partnership aligns us even more closely with Pace’s strong history and role as a pioneering art-world leader to create a best-in-class Southern California gallery with truly global reach. We look forward to ideating on how we can use this expanded platform to bring new audiences into the fold and to develop new and ever more creative avenues for artists to thrive.”

Maggie Kayne says:
“I have long admired Marc Glimcher’s openness to collaboration and his fresh take on the traditional gallery model. He’s not afraid to do things differently and constantly innovate. We share a commitment to disruption, collaboration, and operating without ego. By formalizing our partnership, we will continue to challenge the status quo both here in Los Angeles and at the global level within the Pace organization.”

Throughout its history, Pace has been active on the west coast. Pace Founder and Chairman Arne Glimcher began visiting the Los Angeles in the 1960s, cultivating longstanding relationships with Robert Irwin and other major artists from the region. From 1995 to 2000, Pace maintained a gallery space, under PaceWildenstein, on Wilshire Boulevard in Los Angeles. Along with its new Los Angeles gallery, Pace will continue to operate its Palo Alto space, which opened in 2016.

In addition to artists that are represented by both galleries, Pace will also continue to nurture collaborations with Los Angeles galleries with whom it shares artist representations, including Blum & Poe, David Kordansky Gallery, LA Louver, Night Gallery, and Vielmetter Los Angeles.

Pace is a leading international art gallery representing some of the most influential contemporary artists and estates from the past century, holding decades-long relationships with Alexander Calder, Jean Dubuffet, Barbara Hepworth, Agnes Martin, Louise Nevelson, and Mark Rothko. Pace enjoys a unique U.S. heritage spanning East and West coasts through its early support of artists central to the Abstract Expressionist and Light and Space movements.

Since its founding by Arne Glimcher in 1960, Pace has developed a distinguished legacy as an artist-first gallery that mounts seminal historical and contemporary exhibitions. Under the current leadership of President and CEO Marc Glimcher, Pace continues to support its artists and share their visionary work with audiences worldwide by remaining at the forefront of innovation. Now in its seventh decade, the gallery advances its mission through a robust global program—comprising exhibitions, artist projects, public installations, institutional collaborations, performances, and interdisciplinary projects. Pace has a legacy in art bookmaking and has published over five hundred titles in close collaboration with artists, with a focus on original scholarship and on introducing new voices to the art historical
canon.

The gallery has also spearheaded explorations into the intersection of art and technology through its new business
models, exhibition interpretation tools, and representation of artists cultivating advanced studio practices. Pace’s
presence in Silicon Valley since 2016 has bolstered its longstanding support of experimental practices and digital
artmaking. As part of its commitment to innovative, technologically engaged artists within and beyond its program,
Pace launched its own dedicated NFT platform, Pace Verso, in November 2021. The gallery’s past NFT projects have
spotlighted digital works by Glenn Kaino, DRIFT, Lucas Samaras, Simon Denny, Urs Fischer, John Gerrard, and other
artists.

Today, Pace has nine locations worldwide including London, Geneva, a strong foothold in Palo Alto, and two galleries
in New York—its headquarters at 540 West 25th Street, which welcomed almost 120,000 visitors and programmed
20 shows in its first six months, and an adjacent 8,000 sq. ft. exhibition space at 510 West 25th Street. Pace was one
of the first international galleries to establish outposts in Asia, where it operates permanent gallery spaces in Hong
Kong and Seoul, as well as an office and viewing room in Beijing. In 2020, Pace opened temporary exhibition spaces in
East Hampton and Palm Beach, with continued programming on a seasonal basis.