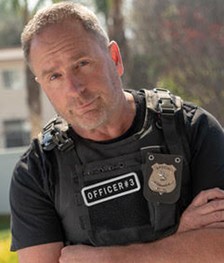 That’s what I’m wondering too.

If you didn’t just type it into Google, “a lark” is a “merry, carefree adventure.”  Not the same as a Larkin, but kind of similar.  If you’re caught up in the middle of terms and fantastical adventures you might find that they’re one and the same.  Especially since Larkin Campbell found himself in the middle of one merry adventure.

A View From The Middle: How An Unknown Actor Managed To Stay That Way is the saga of an actor who found himself in the right place at the right time.  The book is a 300 page zinger with catchy one-liners and stories behind the scenes of some of Hollywood’s most epic pictures.  How could a guy manage to work alongside so many iconic names and not be known?  That’s the page-turner worth flipping through.  Tom Cruise, Mel Gibson, Gary Sinise, Cameron Diaz… the guy met them all. 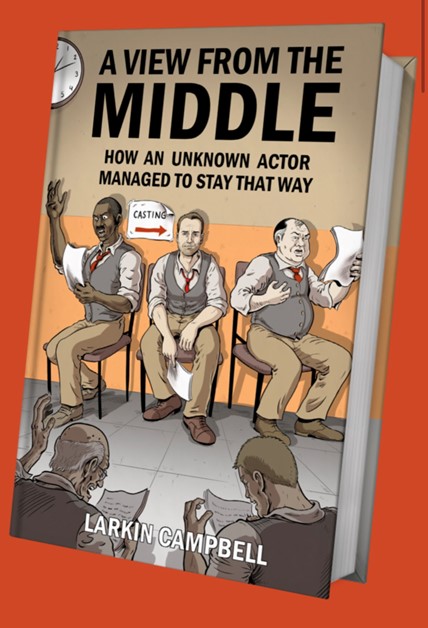 So if you want an honest account of what it’s like to be a struggling actor in Hollywood, buckle up, because Larkin Campbell keeps it real.  He chronicles his experiences through the 1990s until circa 2020.  From wiping down film tapes to being dragged through the LA Coliseum with an axe in his chest, Campbell worked as a production assistant, stand-in, background actor, and even landed some commercials.  He was paid to sit in for the makeup crew as they experimented on him with fake Beowulf style up-dos.  He had his moment on the witty show The Office as Coach Shane.  You might even catch him in the Clint Eastwood flick J. Edgar… admittedly it was just a half minute long bit, but he loved every split second of that meaty moment.  Who doesn’t want to follow the gritty and cool-headed Clint Eastwood and listen to his grizzly man voice for instructions?

“Most of the things he says are great lines.  Even with that iconic voice, he is very soft-spoken,” the book explains.  In an interview with Campbell, he elaborates, “I would have gone on set just to watch him direct.”  Larkin Campbell tells me more about what some of these Hollywood power players are like.

Tom Hanks?  “Here’s a newsflash for The Hollywood Times:  Tom Hanks is a nice guy.”

To go into detail about all the stars he’s met along his way would take too much ink to account for, and I’ll leave that to the author.  The 54 year old actor and writer is the kind of guy that makes you want to listen and laugh through his stories.  Some moments are soul crushing disappointments and other moments are hilariously relatable scenarios.  How does he manage that level of relatable charm?  It’s probably because he came from a small town in middle America, Colorado, grew up as the middle kid, and found himself in the middle of the film industry.  He describes himself as the average looking guy who sometimes lands the role as the security guard or sneaks in a line as “Officer #2” of the fourth installment of the Mel Gibson franchise, Lethal Weapon.  Mel Gibson, by the way, drove around in a golf cart with him during the filming and witnessed Campbell’s first—first line, that is.

“Is this your first line in a movie?”  Mel Gibson asks Campbell. 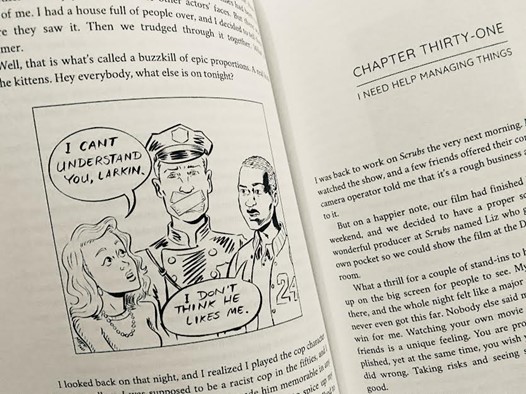 The book is packed with zany stories about these megastars through the lens of the middle guy, Larkin Campbell, who just wants to get a big break.  He gets to double as multiple stars.  The job description is a “stand-in” and it quite literally means standing in for the stars while they’re off in their trailers.  A lot of prep goes into filming, after all, and someone’s got to imitate the real guys while they set up the shot.  He landed the stand-in gig for Ben Affleck during Armageddon, and went straight over to the film set of Lethal Weapon 4 to imitate Mel Gibson.  Then Campbell took some time to explore his funny routine at the well known improv group, The Groundlings.  Through laughs and tears the reader is transported to his grinding life, which sometimes grinds totally to a halt with heartbreaking moments.  The story feels lived in and honest.  It breaks down the dos and don’ts of the acting struggle and reflects back lessons Campbell learned over time.

During this entertaining interview, I have to ask Campbell the inevitable question: what were the movies that inspired you from the start?

“My dad was a little bit of a cowboy.  So I used to watch the old westerns with him,” he explains.  “There was a show Lonesome Dove when I was a kid, with Robert Duvall and Tommy Lee Jones… I loved that because cowboys were so cool and cowboys had all the great tough lines.” 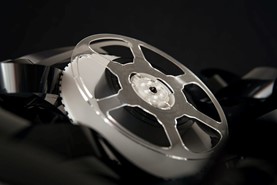 He cites the Rocky films, One Flew Over the Cuckoo’s Nest, and the John Hughes classics as a few others.  “The movies that really changed my life were all those great movies in the 80s that John Hughes directed. The Breakfast Club, Pretty in Pink…”  He explains to me the power of a strong performance and actors that can hold their own in front of the camera.

Campbell maintains a Screen Actors Guild membership.  He juggles auditions with his crazy dad life.  His wife is in the industry as an assistant director and has worked on films like The Hulk, Beowulf, Avatar 2, The Internship, and Hugh Jackman’s Real Steel.  He met Hugh Jackman, by the way, and he’s apparently every bit as charming as he seems from afar (I’m swooning over here).

“It just shows dumb luck does happen.  The blind dog finds the cookie every now and then,” Campbell tells me.

He’s speaking of the many major films and shows he’s been a part of, the stars he’s met, and the thrill of the industry.  Even though he’s still an unknown, he sees his story as a huge success.  He would never have found his current wife otherwise, or had his three children.  They’re a real life Hollywood family.

Before I wrap up the interview, Larkin Campbell looks at me.  He wants to know what my story is and where I’m headed.  I reluctantly tell him I’d love to write novels of my own.  That’s when he points to me and says, “Make sure you take time to write your own stuff.”

For me, that’s the lesson of the book.

I remember back to one particular spring night in Manhattan.  I was walking home from a college formal, dressed up, in high heels.  It was one of those 60 degree breezy evenings, where the flower petals are floating in the air and everything smells aromatic.  All at once heavy raindrops began to fall on me.  I looked around surprised and realized that it was on just this Upper Eastside block where the rain was falling.  The sky was clear and the forecast hadn’t called for rain.  That’s when I saw the cameras along the road and a full crew with sharp Hollywood lights.  They were filming a movie with some magnificent fake rain.  And even though it wasn’t any film in particular I cared to see, the moment itself felt like magic electrified.

That is a memory I often revisit in my mind and remember that lofty dreams and fantasy can meet me in the most unlikely moments.  I think that Larkin Campbell knows that feeling all too well and it has him coming back in his way through story and cinema and everything else in between.

A View From The Middle: How An Unknown Actor Managed To Stay That Way is one way to share in the dream.  While it took Larkin Campbell a year to write and just two days for me to read, it was a lifetime of dedication that brought him to it.  Well worth the read for aspiring actors and those who love cinema, you can find his book online or on his website, www.larkinsworld.com.