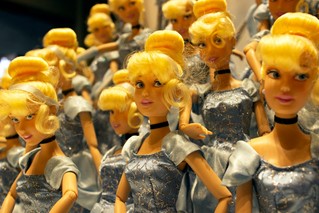 New York City, NY (The Hollywood Times), 3/8/22 – Concerning the Disney audit that will begin Wednesday, March 9, I have a few things to say.

It is true that Disney is a rather personal subject to me.  I grew up believing I was Sleeping Beauty.  That was before I realized that I had racist tendencies.  Back then being a blonde and white little girl meant no more or less than the simple reminder that I was in fact Aurora.  Disney has backtracked since that blessed time in the 1990s when media was so much simpler.  It was recent that the company released a pamphlet to its employees that in 15 pages encourages its employees to practice what it deems as “allyship.”  The pamphlet details critical race theory, white fragility, and white supremacy.  It offers suggestions as to how to communicate with Disney’s black employees and how to show sensitivity to them, along with other disadvantaged groups.

National Center for Public Policy Research is taking on the multi-billion-dollar company in an audit to gather more information on anti-racist racism.  The pamphlet produced red flags, as well as Disney employees who feel the environment was another brand of racism—racism against white people.  Citing the Civil Rights Act, the legal team will examine to what extent this anti-racist racism reaches.  It appears that although white fragility sounds convincing to some on paper, it may not hold up in a court of law. Could it be discriminatory to white employees who feel targeted?

Reading the pamphlet, I now realize that I had no idea how many definitions of racism there were.  Critical race theory suggests that the system in which we live as Americans is inherently racist, taking advantage of white privileges and leaving out black Americans to fend and struggle through.  It is true that there was no black Disney princess until 2009.  It’s possible that my blonde super heroine empowered me from a young age in a way that young black girls did not experience.  In many ways, I did have advantages.  I grew up in a small town that had just a handful of black people.  The truth is, it rarely occurred to me that these particular friends were a different skin tone than me.  We were of the same demographic and social structure, played on the same soccer team, and studied the same books in class.  I felt we were very much the same.

I moved to Harlem some time during my college years spent in Manhattan.  In Harlem, I was called “snowflake” by the black people who regulated the local food venders.  It did not bother me then.  And when I traveled down to South America, they called me “Gringo”—a term I took on with mild amusement.  Despite landing at the top of my class, I was often called a “dumb blonde.”  If I’d listened to the teasing laced with sarcasm, I would not have done so well.

The pamphlet cites the social psychologist Claude Steele’s concept “stereotype threat.” It argues that sharing any negative stereotype will act as a Pygmalion Effect and will make it come true.  Stating that women are bad at math before the math exam will cause a woman to perform badly.  State that white men cannot jump and you might find that the basketball team at your local catholic school will seem less stellar that day.  Negativity is a self-fulfilling prophecy, they say.  Disney’s pamphlet and critical race theory suggest that the preconceived ideas surrounding the black community do them a disservice.  Maybe white people subconsciously expect black people to perform badly, or to be less cooperative.  And even if you don’t think this way, you probably do.  If at all you feel offense to this, you’re probably wrong to.  They have a name for it.  It’s called “white fragility.” 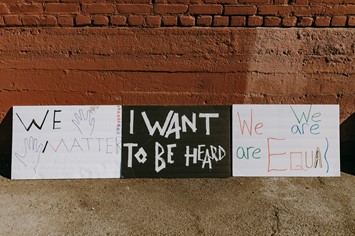 White fragility suggests that white people are incapable of admitting their own racial prejudices.  It was coined by author Robin DiAngelo, who claims that white people cannot hear about their racism without defensiveness.  Take the psychological twists and turns through white privilege, white supremacy, systemic racism, and circle around to white fragility and one might find that a white person can do little more than follow a detailed instruction manual on how to speak and act around those of color.  However, the issue of racism sprouts new issues every which way.  From micro aggressions to racism in the form of color blindness, we are left with a multi-headed hydra that grows two more heads where one is chopped.  Amazingly, all attempts to dismantle racism against black people focus on white people.

How many times need I say “white” before the reader notices?

To clarify, anti-racist racism is white people explaining black issues by talking about white people a lot.  Please excuse the narcissism in disguise of martyrdom.  I’ll be sure to fall on my sword later.

It may interest the reader to look into some of Disney’s older content.  One film, Song of the South, includes a slave explaining life lessons to a boy in a way that might feel condescending to the black population.  And Disney has been known for capitalizing on stereotypes, such as in Peter Pan, Dumbo, and Lady and the Tramp.  It’s almost as if the company is turning the finger on itself and allowing its employees to bare the brunt of it in the form of self-flagellation.  Someone has to be made an example of, after all, and in this case it’s the small guys pulling the strings of the Disney facade without the recognition…. unless, of course, it’s to recognize their apparent racism. It’s the employees who do not make nearly as much as their white and millionaire CEO, Bob Chapek.  What makes Chapek qualified to mount the moral superiority high horse? 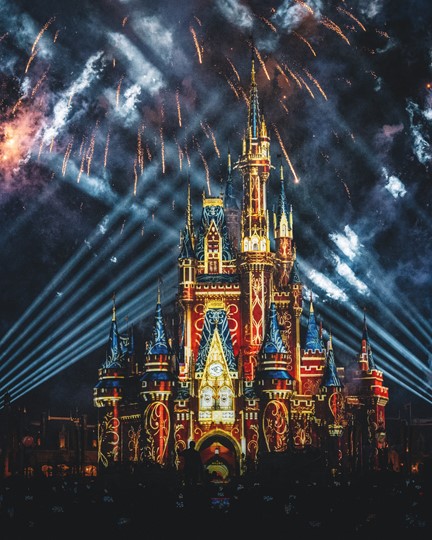 The great question lingers in my mind—how many more rich white men can we allow to order the middle and lower classes around?  And how many white academics and white advocates can we have to speak with fancy words on behalf of the black community?  The racism war benefits primarily the upper crest and leaves the rest feeling disgruntled, accusatory, and anxious.  Between the click-bait battle and movements to spur it along, I wonder how much money will intensify the discussion?  And instead of building a foundation of trust, everyone involved takes a turn feeling accused and misrepresented.

Immigrant and writer Ayn Rand stated once, “The smallest minority on earth is the individual.”

Individuality has always represented to me a sense of freedom, personal choice, and a detachment from collectivistic mindset.  I am guilty of staying home during major events.  I am usually the one who disregards opinions of others in lieu of personal taste.  It is perhaps with that mindset that I surpassed biases associated with my own physical form.  Being a blonde woman is often associated with sexuality, child rearing, and a lack of valid suffering.  When people in my life died, I maintained a rigid placidity.  It was presupposed that I had money, despite having a measly $3 in my bank account.  It was also presupposed that I would sit straight and remain quiet, unless some handsome man asked me a question and required a dainty gesture of servitude.  Prejudice does take many forms and reducing it to skin color is as basic as the one-dimensional Disney heroes and villains it produces in its films. 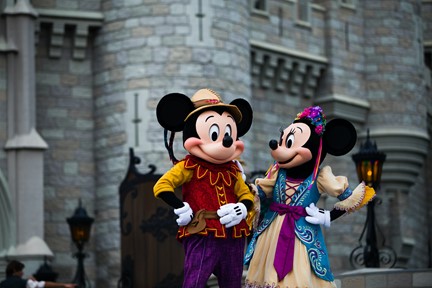 Certainly, prejudice of all kinds occurs.  It occurs in terms of the wealthy lording over the middle and lower classes.  It occurs with the academics parading their ideas around and authorizing themselves with their degrees.  Does anti-racist racism exist?  I believe it does to varying degrees.  And does white privilege exist?  Certainly it does to some extent.  But how many terms and regulations do we need in American culture before we exhaust ourselves with jargon?

When I am on the phone with a legal associate for National Center for Public Policy Research, I am met with lofty remarks and little elaboration or comment.  While the “no comment” attitude is one I know well, I am fascinated with the lack of personability from the lawyer on the phone.  He mentions the millions of dollars these CEOs take in and suggests their hypocrisy as they criticize those beneath them.  However, I’m left wondering if this is yet another big guy speaking for the small guys, and raking in his own share of cash as he audits and sues.

When all the dust settles with the lawsuits, audits, and arguing, just maybe we will find that cultural values can surpass skin color.  I imagine a world in which our value is that of harmony, rather than distrust and regulation.  Assumptions that are made on behalf of appearance are simply assumptions.  And to cite the aforementioned “stereotype threat,” perhaps the presupposed racism on all fronts is perpetuating the race issue rather than dismantling it.  Certainly an audit on Disney is worthy of attention.  Truth is truth, after all.  And addressing the truth is something many avoid.  However, the individual’s voice can ring through many mediums.  It does beg the question, why don’t these employees quit?

The answer is, of course, because where will they go?

It is a sad world in which individuals are shuffled from one corporation to the next, in hope of feeling heard, appreciated, and accurately assessed.  How will we find such freedom when the giants are so massive and their territory so widely held?  Just maybe it’s when we all learn to sort out the details without the monopolies and corporations and relinquish ourselves from their authority.