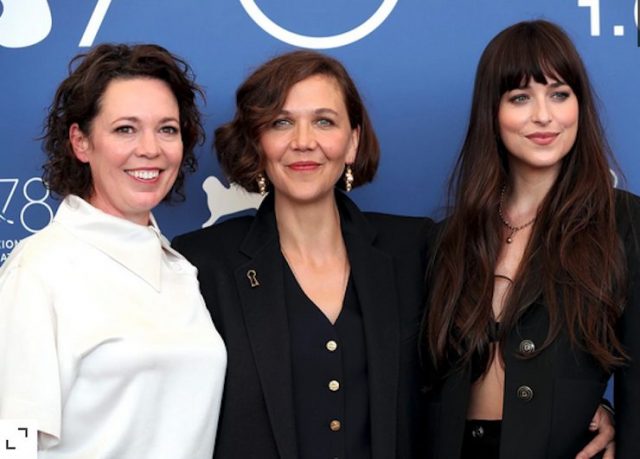 Los Angeles, CA (The Hollywood Times) 9/13/21 – Yesterday, September 12, the award winners at the 78th Venice International Film Festival were announced. Happening (L’Événement) won the Golden Lion. French-Lebanese filmmaker Audrey Diwan has become the sixth female director to win the Venice Film Festival’s top prize, the Golden Lion, with her 1963-set abortion drama L’Evénement. She is also the second in a row after Chloé Zhao took last year’s Lion with Nomadland. An emotional Diwan said Saturday: “I did this movie with anger. I did it with desire, also my heart, and my head. I wanted Happening to be an experience, a journey in the skin of this young woman.” In the film, Anne (Anamaria Vartolomei) is a bright young student with a promising future ahead of her. But when she becomes pregnant, she sees the opportunity to finish her studies and escape the constraints of her social background disappearing. With her final exams fast approaching and her belly growing, Anne resolves to act, even if she has to confront shame and pain, even if she must risk prison to do so. The film is adapted from the book by Annie Ernaux.

The English poet Philip Larkin wrote in his “Annus Mirabilis” that sexual intercourse was invented in 1963. Life was thus never better, he concluded than in that year. The year is 1963. Anne is trying to invent her life. The exam will determine whether she can go to university, leaving behind her provincial college and the neighborhood bar her parents run. This is not about sex at all. The young man responsible barely features; he is dumbfounded, as helpless as she is but, in the end, free to do what he likes. What is happening – the event – is inside her body. It is an animal. It is about the blood that doesn’t come and then the blood that does. Abortion is illegal. Anyone who goes to hospital having had an abortion may be tried and imprisoned – if she survives, of course. Anyone who helps her is also liable to arrest and imprisonment. That includes doctors. The virtue of Audrey Diwan’s Happening is that it builds a picture, stone on stone, of what the predicament of pregnancy meant to a young woman’s life in 1963.

There were many strong films in competition this year at the Venice Film Festival, which includes Paolo Sorrentino’s The Hand of God (È stata la mano di Dio), which was awarded the Grand Jury Prize. This autobiographical drama recounts the filmmaker’s own youth and the tragedy of losing his parents as a teenager. It took the runner-up Silver Lion Grand Jury Prize as well as the Marcello Mastroianni Award for Best New Young Actor or Actress for Filippo Scotti, who plays the young version of Sorrentino. The Great Beauty Oscar winner choked up as he accepted his prize, in his native Italian. Scotti, who’s been billed as the “Italian Timothée Chalamet,” had earlier praised his director and charmed the audience in the Sala Grande – to the point that jury president Bong Joon-ho commented, “so cute” as Scotti exited the stage. The Hand of God is a Netflix title and the streaming service had a good night at the awards ceremony.

Winning the Silver Lion, Jane Campion was crowned best director for The Power of the Dog, an internationally co-produced dramatic film based on the novel of the same name by Thomas Savage. It stars Benedict Cumberbatch, Kirsten Dunst, Jesse Plemons, Kodi Smit-McPhee, Thomasin McKenzie, Genevieve Lemon, Keith Carradine, and Frances Conroy. The charismatic rancher Phil Burbank (played by Benedict Cumberbatch) inspires fear and awe in those around him. When his brother brings home a new wife and her son, Phil torments them until he finds himself exposed to the possibility of love. This film is a very sly and deceptive affair. It starts like an old Howard Hawks western but, as it deals with repression and yearning, edges ever closer to the world of Campion’s earlier, New Zealand-set period piece, The Piano, or even of Brokeback Mountain. In most cowboy films, the protagonists are one-dimensional, but none of the characters here ever behave in the way you anticipate they will. The film is scheduled to be released in a limited release on November 17, 2021, prior to streaming on Netflix on December 1.

Maggie Gyllenhaal won Best Screenplay for her feature-directing debut The Lost Daughter, a psychological dramatic thriller based on the novel of the same name by Elena Ferrante. A woman named Leda (played by Olivia Colman), while on a summer holiday, finds herself becoming obsessed with another woman and her daughter, prompting memories of her own early motherhood to come back and unravel her. First, a little girl goes missing, then her doll, in The Lost Daughter where what should have been an idyllic summer vacation on the Greek island of Spetses instead becomes a kind of overdue emotional workout for Olivia Colman’s character, Leda, who collapses on the beach, bleeding from her abdomen in the opening scene. How these two disappearances might build to such a dire fate is one of the film’s mysteries, though more compelling is why this woman reacts to the incidents as she does, shocked into confronting her own conduct as a wife and parent many years earlier. “I’m an unnatural mother,” Leda confesses at one point, saying aloud that which women aren’t typically allowed to admit about motherhood – that such a precious gift can be an unwelcome burden for some, and that by extension, not everyone is cut out for the job – in a film that gives any who may have felt this way a rare sense of being seen. The film stars Olivia Colman, Jessie Buckley, Dakota Johnson, Peter Sarsgaard, Oliver Jackson-Cohen, Paul Mescal, and Ed Harris. For her Best Screenplay win, Gyllenhaal was ebullient about The Lost Daughter’s premiere in Italy. “I can’t tell you how thrilled I am to be here,” she said. “I was married in Italy, in Puglia. I found out I was pregnant with my second daughter in Italy and really my life as a director and a writer and my film was born here in this theater.” The film is scheduled to be released in the United State on December 17, 2021, in a limited release prior to streaming on Netflix on December 31, 2021. 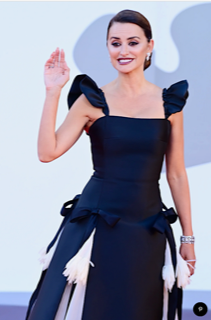 Penélope Cruz (in an upset for Spencer star Kristen Stewart?) took the Volpi Cup Best Actress prize for Pedro Almodóvar’s Parallel Mothers. In her acceptance, she said the honor was 100% his, saying, “thank you once again for your trust in me, for inspiring me every day with your search for truth inside and outside the set… you have created magic again.” Cruz further dedicated the win to her husband Javier Bardem and their children as well as to Bardem’s recently deceased mother. Pilar Bardem “did so much for actors and actresses in our country and her love and passion for this wonderful profession was huge,” said Cruz, adding, “At the end of our last conversation she told me, ‘I love you.’ She was very fragile and I thought those were her last words to me, but then very quiet and very soft and with a smile on her face, she said to me two more words ‘Coppa Volpi’… This is for all the mothers.” The U.S. release is planned for December 24 from Sony Pictures Classics. 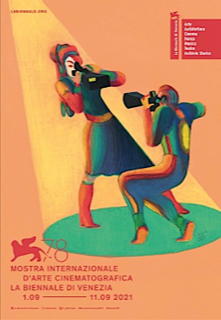 The Volpi Cup Best Actor Award went to John Arcilla for his performance in the Filipino film On the Job: The Missing 8, directed by Erik Matti, who explains the On the Job: The Series gives everyone a glimpse of what it’s like to be in the Philippines. It began streaming in Asia on September 12 as an HBO Asia Original series on HBO Go. it’s good for the film kasi four years naming trinabaho ‘yan and tinamaan pa kami ng pandemic,” director Erik Matti said in a Rappler Talk interview that aired Tuesday, September 7. According to Matti, writer Michiko Yamamoto started working on On the Job: The Missing 8 in 2017, four years after the release of the first movie On the Job: The Missing 7. The film, “inspired by true events,” follows Sisoy Salas, a corrupt journalist in a small town who seeks justice for his missing colleagues, and Roman Rubio, a convict who’s regularly brought out of prison to execute powerful peoples’ enemies. Their paths cross as Sisoy seeks the truth behind his colleagues and friends’ fate and Roman, who is wrongfully convicted, tries to take back his freedom. Part of the research, said Matti, involved interviewing Filipino journalists Raffy Lerma, Ed Lingao, and Chiara Zambrano. The On the Job team also hired a journalist from Probe, to research on topics they couldn’t cover via internet research. Matti said, “Oftentimes, it’s hard for us Filipinos to get our films seen by a wider audience. But On the Job, despite all that happened in the pandemic, still managed to do that for us and that’s what we’re proud of.”