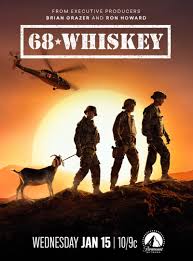 68 Whiskey blends intense drama with cheeky humor and follows a multicultural band of Army medics stationed in Afghanistan on a base nicknamed “The Orphanage.” Together, the medics navigate a dangerous and obviously unpredictable world, relying on friendship, various vices, and, occasionally, a profound sense of purpose to carry them through.

Two of the show’s characters are introduced in very interesting ways during the series premiere entitled “Buckley’s Goat”. As an example, Sgt. Cooper Roback (Sam Keeley)—who was engaged in intercourse in a supply bunker in the opening scene—is shown fighting in a bare-knuckle boxing match just a few more minutes into the show.

Although the series is set in Afghanistan, it was filmed in Santa Clarita, CA. “It actually mimics the part of Afghanistan where the show is set very well. Almost scarily well — frighteningly well,” Benabib shared on Tuesday during the Television Critics Association press tour. 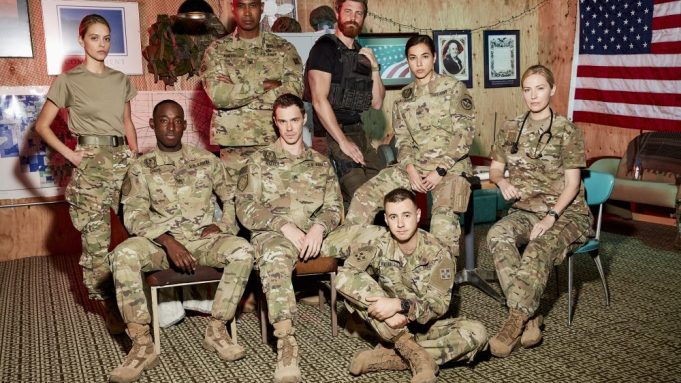