Frankly, We Do Give a Damn!

By John William Huelskamp, author of Friends of the Wigwam: A Civil War Story

Los Angeles, CA (The Hollywood Times) 11/1/16 – “Gone With The Wind is the highest grossing film of all time and sits at #6 on the American Film Institute’s list of the 100 greatest American films” according to Smithsonian.com. Margaret Mitchell’s book is also a consistent best-seller. With so many people absorbing this story, it must be rooted in historical accuracies and be a great representation of war, gender, and race during the Civil War, right? Eh, not so much.

Myth 1: The Southern Charm — In Margaret Mitchell’s classic Gone with the Wind, Southern society is described as Eden-like, as though no harm was being done to any of the people, especially those who were enslaved. The book has been described as “unforgivably racist,” yet it continues to warp perceptions of this time period. 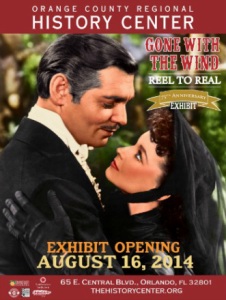 Myth 2: Those “Damn Yankees”— In Mitchell’s story, all Yankees are bad. In fact, not one Yankee character is found to have any redeeming qualities. They are drunks, they steal, cheat, set fires to buildings, and point fingers at freed slaves calling them disloyal. However, history shows that it was the South’s own Confederate General, John Bell Hood, who is largely responsible for leading a series of damaging assaults on the city of Atlanta.

Myth 3: Representation of African-Americans — Male slaves in Gone with the Wind are shown as unintelligent and menacing, which is troubling from a historical and societal standpoint. It’s important to note that the film’s release took place during a time when the country was undergoing blatant racial discrimination. However, history shows us that many African-Americans during this time period, and in this particular location, were citizens who were trying to help with efforts of the underground railroad and who were also fighting in infantries. Of particular note, Joe Arbuckle was a young runaway slave who joined the 29th USCT (United States Colored Infantry) Regiment. Arbuckle is featured in the new book Friends of the Wigwam: A Civil War Story, and we should remember such young people who risked their lives for freedom instead of praising inaccurate stories only created to serve Hollywood. 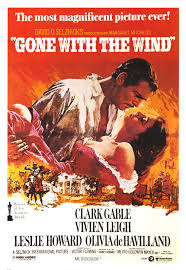 Myth 4: Scarlet’s Gender Conflict — Scarlet O’Hara ultimately loses the love of her life because she is not able to commit to stereotypical gender norms. She is even heralded as straying from conventional feminine traits. Ironically, she seems to embody the very stereotype of female submissiveness in heterosexual romantic relationships. In reality, many women during this time period were in survival mode, not occupied with trivial matters. Many women, such as Jennie Hodgers, disguised herself as a man and joined the fight. Others served as nurses, caretakers, and took on actual roles of men who were fighting at war.

Myth 5: War Demographics — In Gone with the Wind, soldiers are perceived as brutish white men. The fact is that the war claimed many young lives. People as young as 16 fought in battle. In my new book Friends of the Wigwam: A Civil War Story, I show how the lives of young people were shaken up when war split up families, relationships, and life as they knew it. Soldiers also consisted of African-Americans, women, and transgender people—many of their stories have been swept under the rug, distorting society’s idea of masculinity, gender, and war. 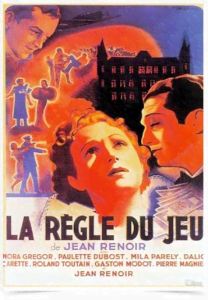 For a more accurate depiction of romance, friendship, life, and survival during the Civil War, we recommend John William Huelskamp’s new novel Friends of the Wigwam: A Civil War Story. Visit www.friendsofthewigwam.com for details.