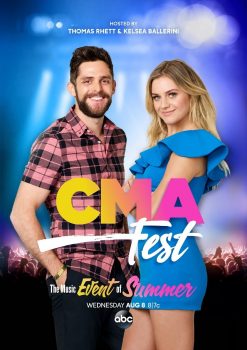 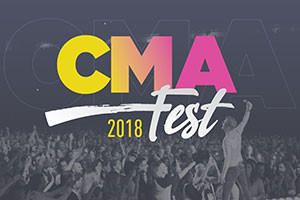 Thomas Rhett returns to host “CMA Fest” for a third year, and Ballerini returns for a second year. Both artists hosted “CMA Fest” in 2017. “CMA Fest” is executive produced by Robert Deaton.

The Ultimate Country Music Fan Experience™ began in 1972 as Fan Fair®, which drew 5,000 fans to Nashville’s Municipal Auditorium. Having just wrapped its 47th year, the legendary festival has become the city’s signature Country Music event that hosts fans from all 50 states, Puerto Rico and 36 foreign countries. In 2018, CMA Fest featured 11 stages with over 300 acts – all to benefit music education. Since 2006, CMA and the CMA Foundation have invested more than $21 million to sustainable music education initiatives across the U.S. thanks to the fans who attend CMA Fest and the artists who donate their time.