“CBS Sunday Morning” Correspondent Tracy Smith Sits Down with the Go-Go’s, One of the Most Successful All-Female Rock ‘N’ Roll Bands of all Time, for a Look at Their Four Decades Together and the New Broadway Musical Using Their Songs

Four decades after the Go-Go’s became a band, correspondent Tracy Smith catches up with them to talk about their music and the new Broadway musical “Head over Heels,” which features the some of the group’s biggest hits, for CBS SUNDAY MORNING to be broadcast Sunday, July 22 (9:00 AM) on the CBS Television Network.

The band was formed in 1978, when Belinda Carlisle and Jane Wiedlin decided to form a group.

“We came from the punk scene in L.A. – where anything went and you could learn as you went along,” Carlisle tells Smith. “And we had no idea how to play our instruments or do anything.”

“We were absolutely rotten when we started,” Wiedlin adds. 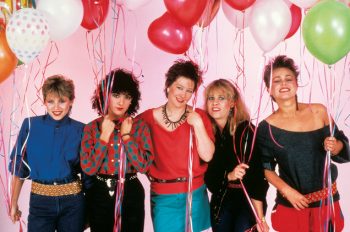 They faced other challenges too, such as record executives simply dismissing them because they were women. But the band persevered and created such enduring hits as “Our Lips Are Sealed,” “Vacation” and “Head Over Heels” en route to becoming one of the most successful all-female rock ‘n’ roll bands in the world. As they’ve grown, so too has their audience, says Carlisle.

What does she see from the stage?

“Grandparents, parents, kids,” Carlisle says. “It’s thrilling, you know, that our music has that kind of appeal.”

It hasn’t been a smooth path to stardom, though. There has been a dark streak through the band’s history, though they say they’re in a good place now. 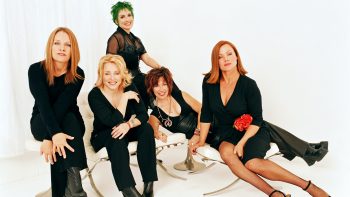 “There’s a lot of conflicting energy,” says band member Kathy Valentine. “But somehow, out of all that, something stays very intact and still works very well. There’s always a little eye in the hurricane