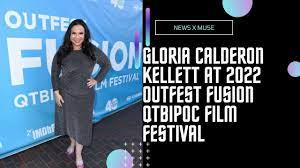 Check out our THT/TV on Youtube and see the event taped live: https://www.youtube.com/watch?v=py_HtNjviP8 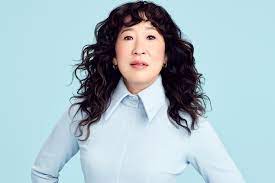 Los Angeles, CA (The Hollywood Times) 4/12/22 – This weekend, Outfest Fusion kicked off their 10-day QTBIPOC with their Opening Night Gala, celebrating individuals of color making an impact in the LGBTQIA+ space, including gala honorees Stephanie Beatriz and Sandra Oh.

Stephanie Beatriz received the Fusion Achievement Award, in recognition of her contributions to LGBTQIA+ storytelling, arts, and media visibility. The award was presented to her by Encanto co-star Wilmer Valderrama and Gloria Calderón Kellett. 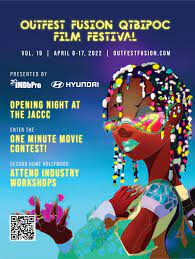 Sandra Oh virtually accepted the James Schamus Ally Award, presented by actor Alec Mapa, who received his own Fusion Achievement Award from Oh in 2014. “In these times, I feel we need to examine and question our place in the order of life and take responsibility at every turn,” Oh noted during her speech. “We need to examine the way we can bring our voices, our work, our art, to bring change to the world by opening hearts and minds.”

The night was full of red carpet glitz and glamor were guest then moved  into the Japanese American Cultural & Community Center to see the Award presentation and get a taste of some of the films being shown at the festival. 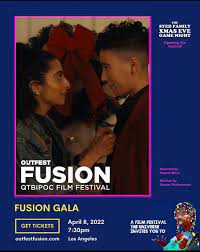 After the presentation guests all moved outdoors to the fun after party to get a much needed drink being it was a rather hot night. Guest mingled and also enjoyed some food while listening to some cool tunes too.

OUTFEST FUSION QTB-IP-OC FILM FESTIVAL. Which stands for (Queer, Trans, Black, Indigenous and People of Color). The LA based nonprofit organization is dedicated to creating visibility for diverse LGBTQIA+
stories and empowering tomorrow’s artists and storytellers. 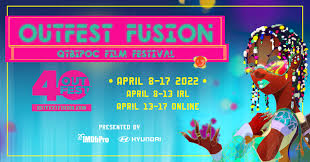 The Festival is presented by IMDb Pro and Hyundai.

This year’s festival will feature 7 feature films, 52 short films, 3 episodics, a One-Minute Movie Contest as well as workshops and panels. 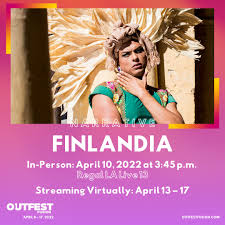 Visit OutfestFusion.com to purchase your tickets.