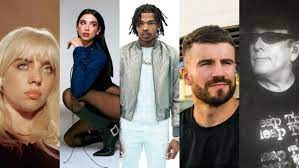 The CW Network to Broadcast an Exclusive Two-Night Television Special on October 2 and October 3 from 8 – 10 p.m. ET/PT

The iconic weekend-long concert event included the biggest names in music across all genres on the main stage at the T-Mobile Arena in Las Vegas on the evenings of September 17 and September 18, and at the Daytime Stage at the iHeartRadio Music Festival presented by Samsung Galaxy on Saturday afternoon at AREA15, which featured performances by Olivia Rodrigo, The Kid Laroi, Saweetie, All Time Low, 24KGoldn, Russell Dickerson, Yungblud, Gabby Barrett, Tate McRae, and Conan Gray.

Throughout a summer-long on-air and online promotion, lucky iHeartMedia radio station listeners across the country were awarded an exciting trip to Las Vegas to experience the 2021 iHeartRadio Music Festival. For fans not in attendance, iHeartRadio’s Big Boy, Bobby Bones, and Tanya Rad hosted a live backstage broadcast featuring exclusive interviews that aired across iHeartMedia radio stations throughout the country in more than 150 markets and on iHeartRadio. The CW Network exclusively livestreamed both nights of the festival via CWTV.com and The CW App, and will broadcast a two-night television special on October 2 and 3 from 8 – 10 p.m. ET/PT. Fans can stream the iHeartRadio Daytime Stage presented by Samsung Galaxy on LiveXLive.com and LiveXLive’s app.

Immediately following both nights of the iHeartRadio Music Festival, the official Post Show Presented by Expedia aired live on iHeartRadio’s Facebook and Twitter accounts. Hosted by Maxwell & Crystal Rosas, they covered the biggest moments of each night! Fans not in attendance can scroll through #iHeartFestival2021 to see tweets and retweets from fans as well as artists and Festival presenters.

Highlights of the 2021 iHeartRadio Music Festival and the Daytime Stage:

The iHeartRadio Music Festival, which debuted eleven years ago in celebration of the launch of the iHeartRadio digital service, has quickly become one of the most talked about music events of the year. The Festival is a live representation of the diverse music experience that fans find and enjoy through the iHeartRadio app, iHeartMedia’s free all-in-one digital music, podcasting and live streaming radio service – with more than 3 billion app downloads and more than 150 million registered users.