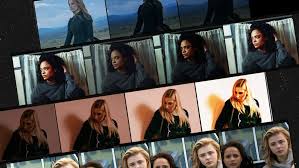 NEW YORK, NY – April 30, 2018 – After 12 days filled with film and television screenings, pioneering immersive and virtual reality experiences, momentous reunions and talks, concerts, and game debuts the 2018 Tribeca Film Festival, presented by AT&T, today announced an estimated attendance of more than 140,000 people to 564 screenings and Talks, the Virtual Arcade and Tribeca Cinema360, and games with an additional 1,850,000 people participating in 11 talks from afar via Facebook Live. [Note: This is on par with last year’s attendance based on capacity as many of the theaters being used in 2018 had seats reconfigured resulting in less total seating capacity]

This year, 46% of the feature films were directed by women, the highest percentage in the Festival’s history.

Below are highlights and clip handouts of conversations, interviews, and select moments from the Festival.

As the Festival wraps, four of the films available for acquisition and one VR project have announced distribution deals, with additional offers on the table and deals to be announced soon.

●        Zoe (World Premiere) directed by Drake Doremus, was bought by Amazon Prime for rights including U.S., Canada, UK, Ireland, Italy, Australia and New Zealand and will release this summer.

●      Songwriter (North American Premiere) directed by Murray Cummings, was bought by Apple for worldwide rights for theatrical and digital.

●      The VR project Vestige (World Premiere) from lead creator Aaron Bradbury was bought by U.K.-based distributor Other Set for a spring 2019 release.

The Festival closed with director Liz  Garbus’ The Fourth Estate, the  first  part  of  Showtime’s  new  four-part  documentary, which  gives  an  inside  look  at  The  New  York  Times  as  they  tracked  Trump’s  first  year  in  office. [Post Premiere Q&A]

●      Say Her Name: The Life and Death of Sandra Bland: Post Premiere Q&A

Blue Note Records: Beyond the Notes –  jazz  performance  with  Derrick  Hodge,  Kendrick  Scott,  and  Robert  Glasper with a surprise appearance by rapper Common. [Clip of Common jumping into the performance]

Horses: Patti Smith and Her Band – Patti Smith was joined by her band – Lenny Kaye, Jay Dee Daugherty, Tony Shanahan, and Jackson Smith – for a special performance featuring surprise appearances by Bruce  Springsteen and  Michael  Stipe. [Clips from performance with Patti and Bruce and interviews]

Unbanned: The Legend of AJ1 – performances by Fat Joe, Kid Ink, and Gizzle.

Tribeca TV debuted new narratives this year but also had an equal focus on docu-series. The line-up of 20 projects was made up of 8 World Premieres, one International Premiere, two North American Premieres, one New York Premiere, one Mid-Season Premiere, and two Feature Documentaries and five Indie Pilots. The section also reflects the changing landscape of players in the TV arena with shows from Hulu, Amazon Prime, YouTube Red along with broadcast and cable networks, Showtime, Starz and ABC.

Virtual Arcade featuring Storyscapes presented by AT&T highlights include: celebrated artist/director Laurie Anderson, hand painting Chalkroom, a VR experience featuring words, drawings and stories; children and adults sharing stories about creating original works of music in LAMBCHILD SUPERSTAR: Making Music in the Menagerie of the Holy Cow created by Chris Milk and Damien Kulash of OK Go; participant’s emotional responses to real-world issues addresses in documentary style projects 1000 Cut Journey, Terminal 3, Into the Now, My Africa and The Day the World Changed, and a blend of VR with  immersive theater in a groundbreaking fairytale experience – Jack: Part One.

The 2018 Storyscapes Award, presented by AT&T, which recognizes groundbreaking approaches in storytelling and technology, was given to Hero, created by Navid Khonsari, Vassiliki Khonsari, and Brooks Brown.

Tribeca Talks: Directors Series featured some of today’s most groundbreaking filmmakers discuss their careers and highlights. In Partnership with Squarespace.

●      [TWITTER] “It’s difficult to be a director. It should be equally difficult for everybody.”

●      Jason Reitman with Tamara Jenkins & the World Premiere of Tully

Tribeca Talks: Storytellers returned to celebrate innovative creators who have broken from the mold and pioneered their own forms of storytelling, often mastering multiple mediums. Sponsored by Montefiore

○      [CLIP] Lee on his mass communications major in college and the professor that guided him.

●      Edward Burns with Mike Vaccaro & the World Premiere of Summertime

○      [CLIP] Burns: “It never gets any easier leading up and it’s always great when the movie works”

○      [CLIP] Foxx:“I was the first person to do social media like I know it sounds weird, but I was the original.”

Tribeca Talks: TIME’S Up – A Day of Conversation and Action

[Clips from each panel and panel introduction]

Tribeca collaborated with TIME’S UP to host the Day of Conversation and Action, which featured conversations with a range of women who are playing a pivotal role in raising awareness about inequality in the workplace. Activists, storytellers, business leaders, filmmakers, lawyers, media figures, and more shared their stories. Highlights included:

●      Julianne Moore and Jurnee Smollett-Bell opened the day by introducing TIME’S UP with Moore saying that “our understanding of what’s acceptable has been skewed by what is normalized by society,” and calling for change.

●      Sienna Miller introduced the panel, “A New Direction: Behind the Lens” with female filmmakers, and said, “[we’re] not just wives and girlfriends in life…it’s on all of us to pave the path and help stories be told.”

●      Former NFL player and advocate Wade Davis talked about the importance of starting the conversations around sexuality and sexual assault early.

●      Lupita Nyong’o, Cynthia Erivo, Mira Sorvino, and Amber Tamblyn talked about the roles women are cast in, the importance of telling rich stories on screen, and the impact of portraying powerful female characters in film. Erivo said, “I’m trying to make people aware that we have a choice in the way we are perceived. I see myself differently and I want that to help other young ladies get the permission to also see themselves differently.”

●      Marisa Tomei talked about the impact of – and introduced – the TIME’S UP Legal Defense Fund, who discussed legal wins.

●      Mariska Hargitay introduced a panel about “Activism Through the Ages” during which Robin Morgan fired up the audience and also got them laughing, saying, “the women’s movement is the most fun you can have sitting up.”

●      Ashley Judd shared a personal letter about the fortitude it has taken and the personal empowerment she has experienced as a survivor.

●      The event concluded with a speech from the CMO of TIME’S UP and a performance from the Resistance Revival Chorus.

Tribeca Talks: The Journey debuted with a conversation the Sarah Jessica Parker about her career path across multiple endeavors. Sponsored by TUMI.

○      [CLIP] Parker talks about her admiration of script writers and her love to talk about the stories.

Tribeca Talks: Master Class featured a line-up of conversations focusing on specific sectors of the filmmaking process. Supported by The Mayor’s Office of Media and Entertainment.

○      [CLIP] Flanz talks about how she worked her way up in her career starting with internships and graduating early.

○      [CLIP] Lanier: “We discovered that you could learn to actually operate a body that didn’t have a human body plan.”

Celebrating its 5th year, Tribeca N.O.W. is a program that discovers, highlights, and celebrates New Online Work from independent storytellers creating and sharing their work in the online space.

Tribeca N.O.W. Showcase brought the latest work from 12 independent online creators to the big screen – with sold out screenings – as official Tribeca selections.Trailers and clips are available here.

●      SHORT FORM:Crime Cutz, created by Ben Fries and Alden Nusser, with the music of Holy Ghost!; Everything is Stories, created by Mike Martinez and Tyler Wray; The Last Fisherman, created by Shal Ngo; Flint is a place, created by Zackary Canepari; The 99 Names of God, created by Yumna Al-Arashi; Under Her Skin, created by Rémy Bennett and Kelsey Bennett

Industry and independents came together at the Tribeca Creators Market, an invite-only event where creators discussed their work with distributors, brands, and MCNs.

[Video of the talks on Shadow of the Tomb Raider and Re-Imagining God of War: The Inside Story]

Rounding out the Tribeca Games presentation was the Super League Gaming Battle of the Boroughs Amateur Esports Tournament in partnership with Tic Tac Gum and the IBM “Acceleration” Game Jam, which resulted in three brand new games which were showcased at the Festival.

The Tribeca X Award entered its third year as a juried award for excellence in creative, original, and authentic storytelling that is sponsored or underwritten by a brand. Eligible projects included scripted and documentary work for film, TV, digital, social, and VR/AR, in both feature or short length that were funded with support of a brand in collaboration with artists or filmmakers.

2018 Tribeca X Award winner: For Every Kind of Dream series for Square. Directed by Mohammad Gorjestani for Even/Odd.

●      World premiere of The Fourth Estate with director Liz Garbus and subjects from The New York Times.

●      World premiere of The Gospel According to André with director Kate Novack and subject André Leon Talley.

●      World premiere of Rest In Power: The Trayvon Martin Story.

●      World premiere of the new season of Genius: Picasso.

●      Audience Awards – To Dust, written and directed by Shawn Snyder, was honored with the Narrative award and United Skates, directed by Dyana Winkler and Tina Brown, was given the Documentary award.

○      Chosen by audiences, who voted throughout the Festival with the official app

●      Tribeca X Award – For Every Kind of Dream series for Square. Directed by Mohammad Gorjestani for Even/Odd.

●      Best Documentary Short – Notes from Dunblane: Lessons from a School Shooting, directed by Kim A. Snyder.

Film/project stills for the 2018 Tribeca Film Festival are available at www.image.net. If you are not an image.net media user yet, please register using referral code 2604. If you have any issues or your need is time sensitive, please contact blin@TribecaFilmFestival.org.

Connect with Tribeca on:

ABOUT THE TRIBECA FILM FESTIVAL

The Tribeca Film Festival is the leading cultural event that brings visionaries and diverse audiences together to celebrate storytelling in all its forms, including film, TV, VR, gaming, music, and online work. With strong roots in independent film, Tribeca is a platform for creative expression and immersive entertainment. The Festival champions emerging and established voices; discovers award-winning filmmakers and creators; curates innovative experiences; and introduces new technology and ideas through premieres, exhibitions, talks, and live performances.

The Festival was founded by Robert De Niro, Jane Rosenthal and Craig Hatkoff in 2001 to spur the economic and cultural revitalization of lower Manhattan following the attacks on the World Trade Center. Now in its 17th year, the Festival has evolved into a destination for creativity that reimagines the cinematic experience and explores how art can unite communities. www.tribecafilm.com/festival