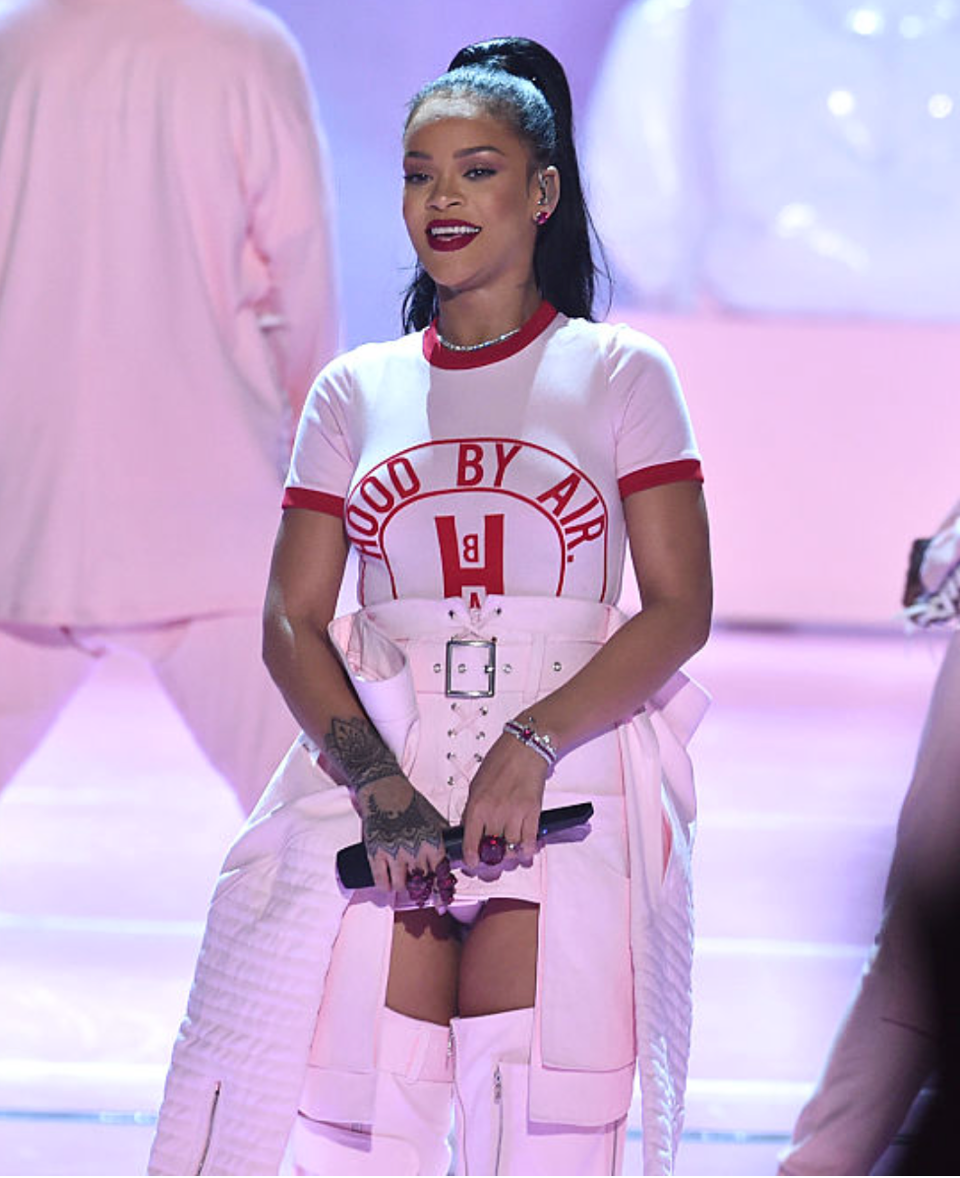 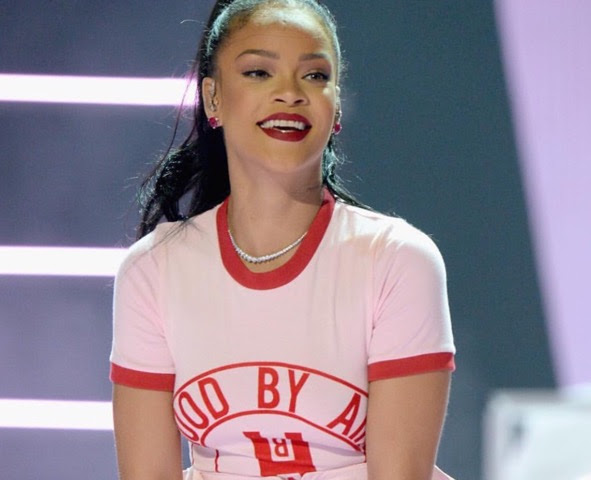 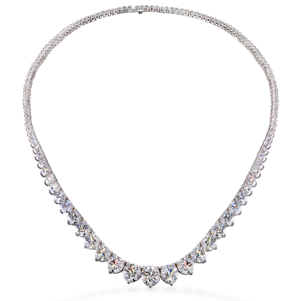 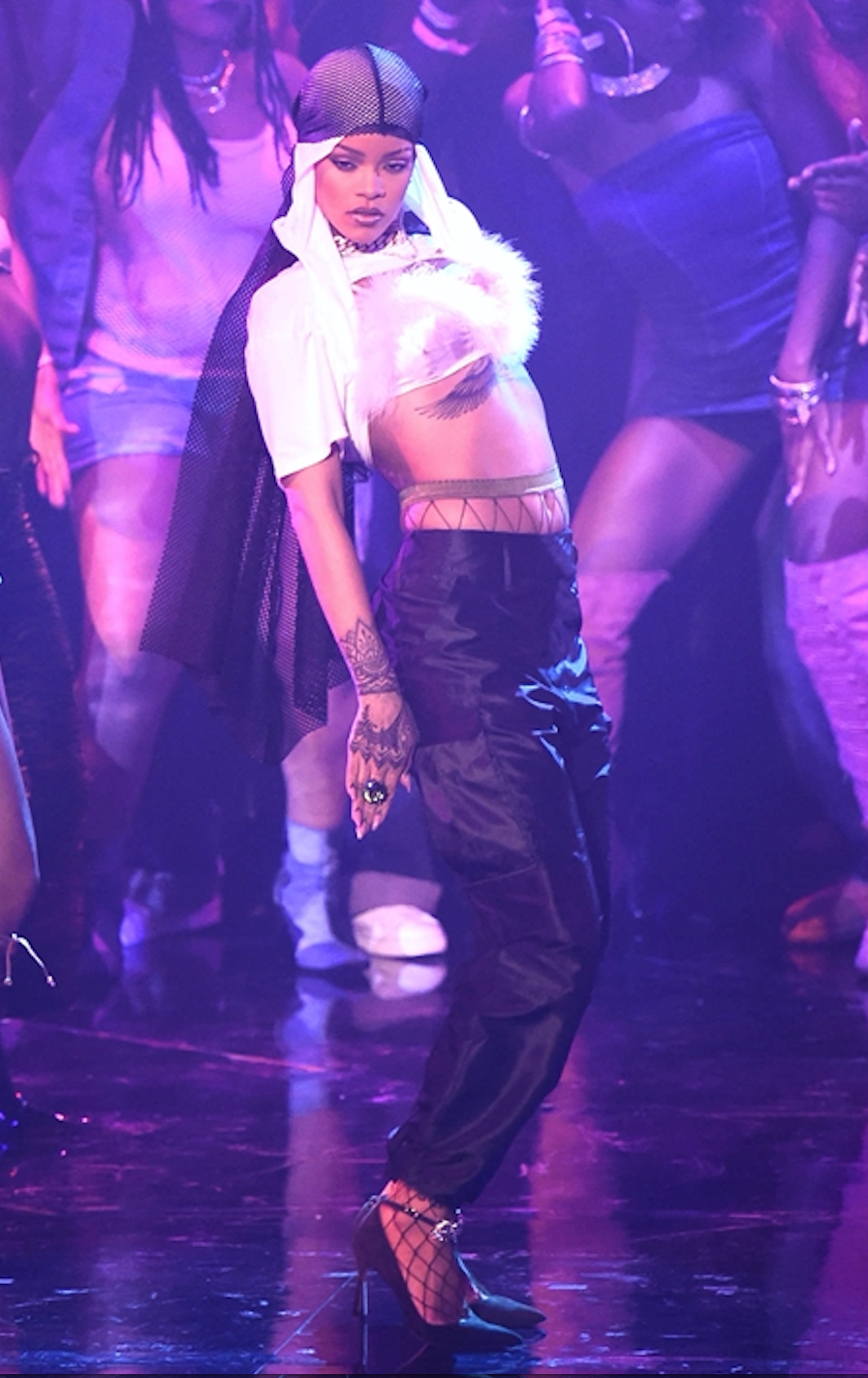 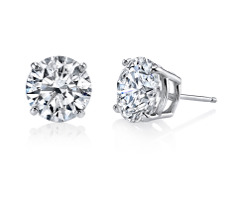 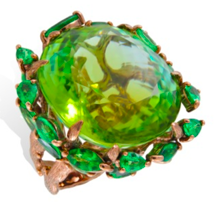 Rihanna wore a Lydia Courteille tsavorite and green tourmaline ring to a VMA After Party at Club Up. 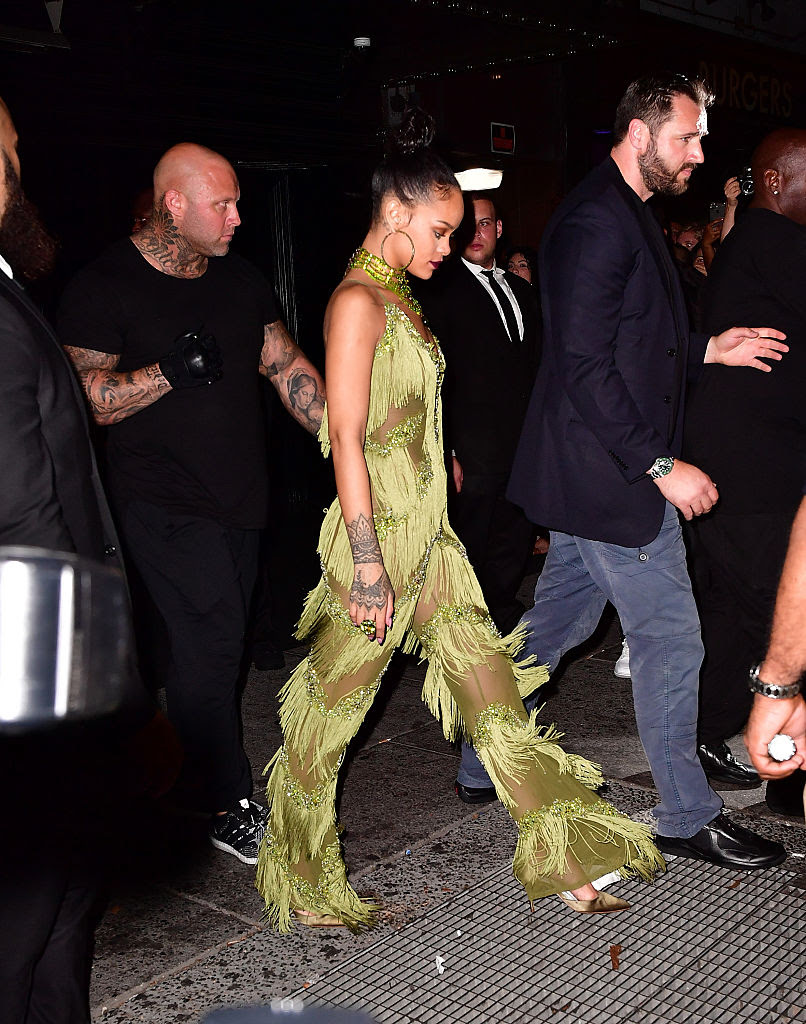 After years as an antiques dealer, the Paris-based designer Lydia Courteille began to redesign the heirloom cameos of her friends, turning them into rings embellished with the 18th-century gems she collected. After gaining rapid popularity in Paris and abroad, Courteille went out on her own, launching her infamous label with collections inspired by the Mexican gardens of Xochimilico and the Amazon jungle. A certified gemologist, she sources the finest precious stones and transforms them into intricate, fantastical adornments that have earned her a star-studded clientele and critical acclaim. www.lydiacourteille.com

Founded in 1996 by Glenn and Susan Rothman, Hearts On Fire became the world’s first branded diamond, the only diamond in the entire world, which is deemed perfectly cut every single time. Hearts On Fire diamonds have a brilliant difference that you can actually see, a perfection seen nowhere else in the world. Hearts On Fire has rapidly evolved into the highest standard of diamond cutting perfection.  More than just diamonds, Hearts On Fire is about romance and passion, love and emotion and creating perfect moments.

Today, Hearts On Fire is sold in more than 500 retail stores in 32 countries around the world, including more than 10 Hearts On Fire stores globally, as well as on HeartsOnFire.com and authorized HOF retailer websites. It has become the standard of perfection when proposing marriage or recognizing any perfect moment in your life. www.heartsonfire.com

Spanning six decades of beauty, art and perfection, Harry Kotlar is recognized as the premier source for the highest quality diamonds. Founded in 1948, Harry Kotlar began his career as a diamond dealer and supplier. With a natural charisma for business and a great appreciation for cut stones, Kotlar’s business began to flourish, quickly securing his legacy in the world of luxury. Now under the esteemed leadership of his grandson, David Weiner, Harry Kotlar continues to produce collections that evoke old-world artistry with modern sophistication. In 2003, David continued to advance the Harry Kotlar collection by launching two of the designer’s now hallmark designs, the Artisan Pave collection and the Kotlar Cushion cut diamond. For more information, please visit www.harrykotlar.com