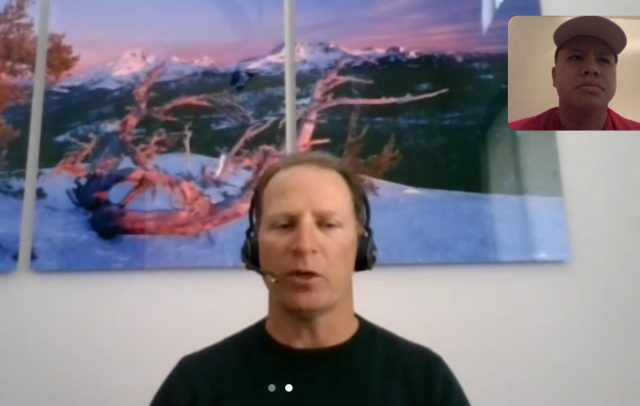 Los Angeles, CA (The Hollywood Times) 10/14/21 – I have always been a fan of credit unions and smaller banks. And I enthusiastically endorse going to them for the right advisory, especially for lower and middle income communities. After working for a major global bank and an international insurance company, I found that transparency in the whole process was lacking for the end user. And nothing needs more honesty and transparency than the home ownership process.

We remember what happened in 2007 and 2008. There was no long term thinking as the big banks handed mortgages out to anyone and everyone, simply over stated income. There was no fiduciary care for the average homebuyer, who got themselves into mortgages they could never afford in the long run.

Thankfully the world and the financial industry has changed since then. But with all the added regulation, my career in financial advisory has itself been characterized by unnecessary overregulation in certain areas and underregulation in others. What I have learned is to focus on working with the right people who demonstrate in their actions, a care for the clients.

I was fortunate enough to catch up with Brian Blonder, the head of residential lending at Capital Bank Loans. Brian and I have a common goal of uplifting communities, especially those who were previously stuck in a poverty mindset. Many have never heard another alternative and most banks would prefer the profits over educating the community on home ownership or even basic credit.

In this piece, we will be unpacking the 20 year vs the 30 year mortgage, which will also get to the heart of important concepts like instant and delayed gratification and one’s relationship with debt in general.

Going back two generations, Brian tells the story of how our current mentality around mortgages is inherited from the Great Depression and has been passed down many generations. Before the Depression, loans were very different. There was a call feature to most loans (where the bank can demand the money back, whether you’re in default or not) and short term balloon or an Adjustable Rate Mortgage (ARM) loans were the norm. The 30 year fixed rate loan only became the standard after the Great Depression due to government regulations after people became homeless overnight. The 30 year fixed then became the standard for the next generation.

Brian believes that most loan officers out there don’t take the time to explain different loan options. They simply give the monthly payments and just leave it at that. Consumers then make decisions based on little actual information.

Fannie Mae and Freddie Mac have about $7.2 trillion in loans. Yet this huge portfolio turns over 80 percent of the time in 5 years or less. Moving out to 11 years, it turns over 94 percent of the time. In layman’s terms, this means that most people refinance or move within 5 years. Starting over on the amortization schedule is very common, so banks make all this money because so little principal is paid down and the consumer is basically an indentured servant because they never really pay down their principal. People are basically building little to no equity with a 30 year mortgage. With a 20 year mortgage, you are actually not giving it up all to the bank and actually pay down the principal much more in the early years..

Consumer behavior, however, is predicated by the advertising on TV and it’s of course, hard to break people from habits of defaulting to just a lower payment. Brian, however, is focused on education with a consumer, and still believes it’s better business, as the customer becomes more loyal.

In the end, a 20 year monthly payment is going to be about $1,626 versus about $1,255 for a 30 year, a $361 higher price tag. Yet Brian says it will be a wash in the end, even when it comes to current cash flow. You will have about $12,000 mortgage interest annually that you can change your withholdings. In states that you can take the property tax off, there will be no material change in your cash flow because of this added benefit. So he thinks that the higher payment is the clear choice, for short term and long term.

“It all boils down to math. A loan officer should not be an order taker. A loan officer should help its consumer with possibly the biggest transaction they will ever do in a lifetime; to understand the benefits of using the home as an asset, as an investment, versus looking at it as just a roof over your head and making the lowest possible payment”, Brain says eloquently.

For many lower income people, they may be the first time homeowners ever in their family lineage, especially with Hispanic and Asian immigrant families. 75 percent of people he finds in the community are not “bankable”. Only 25 percent are. Brian and his Capital Bank loans team focus on the 75 percent and get them to a state where they’re bankable. And they’re there to hold their hands through face to face interactions. Immigrant officers are hired to better connect, such as women, Hispanic and a Korean loan officer in his team, increasing the efficacy of the community outreach.

Brian concluded our interview with a great nugget, “Home ownership done the right way is the opportunity for average people to get ahead. You’re spending your money, you’re paying your bills, you pay your rent, at the end of the month, there’s only a few hundred left. If you take the same money you’re spending on rent, you own a piece of property now, over an extended period of a time, all of a sudden you got a 2, 3, or 400,000 dollar asset.”

Capital Bank MD services the Washington DC metropolitan area, which includes parts of Maryland and Virginia. Their website is: https://capitalbankmd.com/