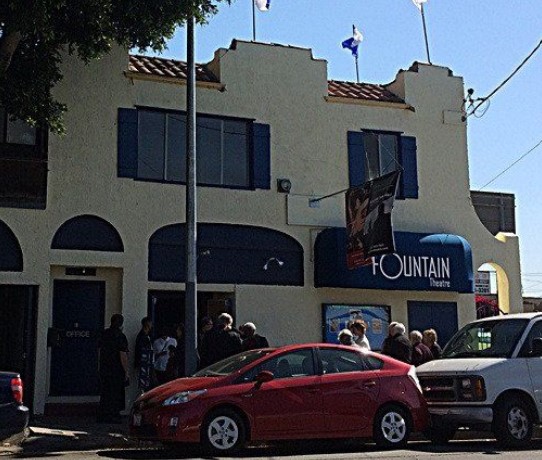 LOS ANGELES (June 24, 2022) —  Playwright Lisa Loomer has updated the ending of her acclaimed play Roe in light of today’s Supreme Court reversal of Roe v. Wade in time for tonight’s performance of the Fountain Theatre’s “hyper-staged” reading on its outdoor stage.

In addition, the Fountain is creating a 20-foot memorial wall outside the theater, where the public is invited to leave flowers, handwritten messages, and other expressions of grief and anger. Pre-printed postcards addressed to the Supreme Court will be available to the public as a call to action. The wall will be accessible to the public beginning tonight at 7 p.m. and will remain up indefinitely.

Roe is a fast-moving, fair-minded look at the complicated human beings behind the case, the challenging years that followed the court’s fateful decision, and the polarization around the issue in America today. Originally commissioned through the Oregon Shakespeare Festival’s American Revolutions program in a production that traveled to Arena Stage and Berkeley Rep, Roe is the recipient of both the Jane Chambers Playwriting Award and the Pen Award.

Tonight’s performance of Roe, the final preview, takes place at 8 p.m. The official opening is tomorrow, Saturday, June 25, with performances continuing on Fridays, Saturdays and Sundays at 8 p.m. through July 10.

The Fountain Theatre is located at 5060 Fountain Avenue (at Normandie) in Los Angeles.