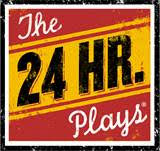 Tickets on sale now at http://www.24hourplays.com/broadway

NEW YORK – The 24 Hour Plays announced that Academy Award-winning actor Kathy Bates will be honored at its  19th Annual The 24 Hour Plays Broadway Gala, as part of the organization’s partnership with The Lymphatic Education & Research Network (LE&RN). The event will take place on Monday, November 18th, at 8:00pm at the Laura Pels Theatre at the Harold and Miriam Steinberg Center for Theatre in Times Square.

The 24 Hour Plays® bring together extraordinary artists to create time-limited theater around the world. Proceeds from The 24 Hour Plays 2019 Broadway Gala support LE&RN’s work to fight lymphedema and lymphatic disease through education, research, and advocacy.

The marathon process for The 24 Hour Plays begins at 10:00pm the night before the performance. The writers, directors, actors and production staff—many of whom have never worked with or met each other before—gather for an orientation where they are asked to share one costume piece, one prop, a special skill, and to reveal something that they have always wanted to do on stage. Using this as inspiration, the writers spend the night developing 10-minute plays, with rehearsals set to begin at 9:00am the following morning for an 8:00pm performance on November 18th.

“Kathy Bates is an iconic American artist, renowned for her extraordinary achievements in film, television and theater,” said Mark Armstrong, Artistic Director for The 24 Hour Plays. “We are looking forward to hosting an evening that celebrates her passionate activism offstage, in her capacity as the public voice of the Lymphatic Education & Research Network.”

Honored numerous times for her work, Kathy is a force on stage, screen and television. On screen, Bates won an Academy Award® and a Golden Globe® for her portrayal of obsessed fan “Annie Wilkes” in Rob Reiner’s 1990 hit Misery, based on Stephen King’s novel. More recently, she garnered rave reviews and her second Emmy® award as the deliciously evil “Madame LaLaurie” in American Horror Story: Coven. Bates first gained the attention of critics and audiences on the New York stage, earning two Obie Awards for her performances in Athol Fugard’s The Road to Mecca and in the original off-Broadway production of Frankie and Johnny in the Clair de Lune.

When Bates was diagnosed with lymphedema in 2015, she was determined to use her voice to help others who were suffering. She became LE&RN’s National Spokesperson, and has been deeply committed to the role ever since. Founded in 1998, LE&RN has been working to accelerate the prevention, treatment, and cure of lymphatic diseases worldwide.

“When I began working with LE&RN, I realized that the disease I struggled with, lymphedema, was a constant battle for up to 10 million Americans and 250 million people worldwide,” said Bates. “Only those who struggle with lymphedema (LE) and lymphatic diseases (LD) know what it’s like to battle these diseases every day. We want a cure – and a cure that not only prevents progression, but that reverses LE and LD. Until then, we need greater awareness in the medical community and more money for research. Maybe if people can put my face on lymphedema, then more people will be willing to come out of the shadows and talk about it.”

ABOUT THE 24 HOUR PLAYS®

Founded in 1998, the Lymphatic Education & Research Network (LE&RN) is a national not-for-profit organization whose mission is to fight lymphatic disease and lymphedema through education, research, and advocacy. It seeks to accelerate the prevention, treatment, and cure of the disease while bringing patients and medical professionals together to address the unmet needs surrounding lymphatic disorders.