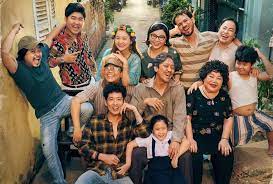 Los Angeles, CA (The Hollywood Times) 11/30/21 – It is clear to me why “Bố Già (Dad, I’m Sorry)” became the #1 box office hit of all time in Vietnam and the first Vietnamese film to break $1 million in the US box office, as well as Vietnam’s official entry for the 2022 Oscars. The story, plot twists, and turns, and endearing characters created an authentic experience that made me laugh, cry and reflect. 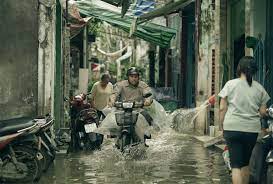 Set in small-alley Saigon life in the midst of third world poverty, family dynamics were explored, as well as socioeconomic mobility and how modern phenomena like “youtube influencers” would rock traditional dynamics that stubbornly tried to persist.

The story centers on three generations of a family. The grandfather, Ba Sang, played by Trấn Thành, stole the show. As the story centers around him, his range of emotions as a father, adoptive father to his granddaughter, and overall role as the glue that kept his family together, no matter how dysfunctional or unappreciative, was perfectly portrayed. 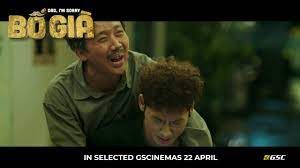 Between his siblings who take advantage of him to his son, a famous YouTuber, he plays the typical patriarch who quietly sacrifices for those he loves. His character, though, is not stoic and one-dimensional but instead, we are able to see the range, the struggle, and the tough decisions he had to make play out. The chemistry between dad and his children and siblings was undeniable. Tear-jerking moments around his connection with his sweet 6-year-old granddaughter involved humor and real dialogue, and it never went into cheesy territory, which is hard to do with this movie format. Credit to solid writing, editing, and casting.

Tuan Tran plays son Woan, a Youtube star, who is nouveau riche enough to provide for his family. He represents a successful younger generation struggling to understand why his father would do certain things so old-fashioned. It becomes a recurring theme throughout the movie, where the audience is able to see both perspectives but can see how situations would put father and son in different camps, whether it is the father’s unwavering loyalty to his abusive siblings, or the son’s desire to spend his money on a luxury apartment instead of a house. 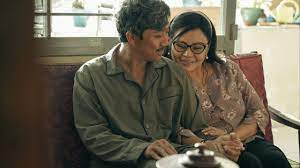 The young daughter’s performance, as well as the father’s love interest and the drunkard and sometimes thief, brother who was shockingly willing to help Ba Sang in his time of need, provided shining moments for the supporting cast. The way the characters, even the bullying siblings, endeared themselves to the audience is a testament to the stellar writing, casting, and directing.

While Parasite provided the fast pace Hollywood is used to, Bố Già is superior in its character development and stirring the heart and emotions with its plot and characters. Running at 128 minutes, and editing for the US audience may just create a home run, but that is just a minor critique.  After the 45 minute mark, the movie accelerates and grips you as the best movies do. It is a welcome addition to the Oscars in 2022, where this is Vietnam’s official entry. The premier film academy will be treated with Vietnam’s fine work and debut breakthrough, of sorts, complete with cultural pride but also a universal treatment of emotional dynamics around a family that breaks new ground for Asian cinema. 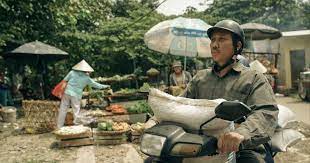 I predict this film will give the consistently hit-producing Korean entertainers a run for their money. Korea has made a name for itself in global and American film, but Vietnam, through this movie, has masterfully depicted the specific complexities of Asian cultures, patriarchy, and family obligations in a non-cliche, heartwarming feature film that can grab your attention like the strongest moments of Squid Game. This was a great team effort with Directors Vu Ngoc Dang and Tran Thanh himself, and a great cast – a crown jewel for Vietnam and the foreign and comedy and drama genres.